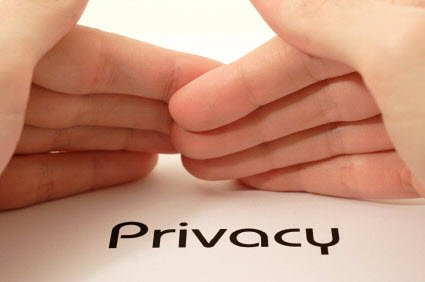 Twitter is all the rage. After Facebook of course. But even that might come to an end if the 500 million user population of Twitter increases at the same rate it’s headed now. And if the increase continues at this rate, there are a lot of other things that are going to come with it. The internet is chock full of menacing viruses, bugs, Trojans, malware, and spyware such as computer and internet monitoring software and keystroke loggers; all waiting to get into your private details. And guess what their favorite targets are for getting at your most confidential credentials? Social networking sites and the accounts you have on them.

Hacking into this aspect of your online life means, that a hacker has gained and you have lost, control over a lot of your contacts and accumulated online personality, one usually built with a lot of effort and personal details which means that not only is your privacy breached but there is potential risk for your security too. Using your details, a hacker can get into your email, your bank accounts, and even tap into your medical care. So having said that, it’s essential you up the privacy on your Twitter account. Here are some tips to help you out.

1. Change the password already! This is something that just about everyone will shout at you. Passwords are constantly hacked because people are too lazy or too unaware to realize that they need to keep strong passwords. And definitely not ones that have ‘twitter’ as a part of it. Whenever you get news of a latest malware or spamming attack, be it Twitter or any other social site, avoid risks and change the password.

3. Don’t forget you have a real name. Many people post under pseudonyms, which is completely fine of course. But it’s always a good idea to keep your real name around for Twitter use too. You wouldn’t want someone else using your name, disguising themselves as you, and then slowly corroding your life after assuming your cyber identity. It’s not paranoia, rather a realistic thought when faced with the expanding cyber world.

SEE ALSO: Tweets That You Should Avoid

4. Be cautious of what you say. Remember, pretty much anyone can read what you write and post. Even though in the heat of intellectual moments and opinionated epiphanies, you may feel the need to reveal what you think to the world, it’s something you may later regret to your last teardrop. The best way to control yourself is to think about the person who would most be offended by what you say (like a colleague, friend, lover, or relative) and then re-assess whether saying what you think is so necessary. Hopefully you’ll end up holding back a lot of information you really don’t want everyone to have about you.

5. Don’t be Click Sappy. Being happy about clicking is ok, but don’t just go and get sappy. Meaning that just because there is a link in front of you, it does not have to be opened. If it seems strange or from a sender you don’t know, than cut the sap and flattered response and simply disregard it.

India Establishes Its First-Ever Virtual Science Lab for Students; Here’s What You Need to Know