Skip to content
Home News This YouTuber Turned a Xiaomi Mi 9 from 2019 into a Full-Fledged Gaming Smartphone! 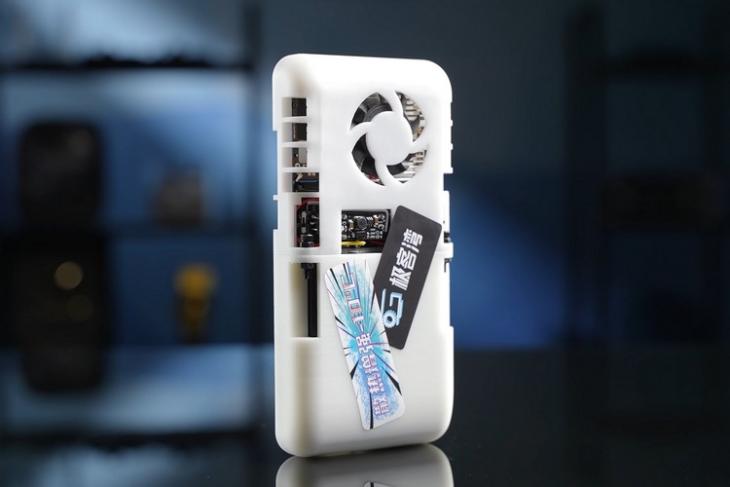 YouTube has been a fun playground for DIY experts to showcase their creations. We have seen YouTubers come up with some unique products and gadgets, ranging from a DIY Winamp Player, a Batman grappling gun to a USB-C iPhone and a Lightning port Android phone. Today, we have a YouTuber/ engineer who was able to modify a Mi 9 smartphone (launched in 2019) to make it into a gaming smartphone with a dedicated cooling fan and a massive 9,900mAh battery. Check out the details below.

A YouTuber named Geekerwan recently took to his official YouTube channel to showcase a unique DIY project in which he turned a second-hand Mi 9 smartphone into a hardcore gaming device. The Youtuber noted that the entire project cost him around $150 (~Rs 11,479), including the $110 (~Rs 8,419) price tag for the second-hand Mi 9.

Now, coming to the actual project, to turn the traditional retail unit of the Mi 9 into a gaming beast, Geekerwan made some noteworthy tweaks to the internal components, including the Snapdragon 855 processor, the 3,300mAh battery, and the thermal system. Firstly, he tripled the Mi 9’s battery by adding two additional 3,300mAh battery units to the existing battery pack, taking the total battery capacity of the device to a whopping 9,900mAh.

Secondly, Geekerwan made some significant tweaks to the Snapdragon 855 chipset to improve the prime CPU core’s clock speed. He used a Kernel management app to keep the CPU clock speed at maximum at all times. Similarly, the YouTuber also boosted the GPU frequency from 585MHz to 840MHz to improve the GPU performance. Interestingly, he was also able to increase the screen refresh rate of the Mi 9 up to 75Hz for a smooth gaming experience.

The performance of the Mi 9, following the above tweaks, was significantly improved. Geekerwan said that the modded Mi 9 was able to acquire a score of 1207 on the 3DMark Wild Life Extreme benchmark test, which is a 40% increase when compared to the score of the traditional SD 855.

In fact, the YouTuber noted that with the above changes, Mi 9 was able to deliver a smoother gaming performance than the latest Xiaomi 12 Pro that comes with the Snapdragon 8 Gen 1 SoC. The modded Mi 9 delivered 50FPS for Genshin Impact and also consumed less power than the Xiaomi 12 Pro.

Now, all these performance boosts and tweaks usually lead to overheating of the device due to the lack of a proper thermal system. To solve that problem, Geekerwan removed the camera module of the device (because who needs a camera on a gaming device?) to make room for a dedicated cooling fan. He then attached the cooling fan right above the CPU module to keep it cool during gaming.

Furthermore, to cover up the modified back of the device, the YouTuber took the help of a 3D printing company and added a custom-designed back panel, with dedicated cutouts for the fan and proper airflow, to the Mi 9. He also added a custom mount on top of the 3D printed back panel to attach the gaming Mi 9 smartphone to a controller or any other supported accessory, for that matter.

You can check out the entire 17-minute video with Geekerwan detailing the project attached right below. Also, let us know your thoughts about the modded Mi 9 in the comments below.

This YouTuber Built a ‘Magic Wand’ to Turn On Lights, Home Appliances