Skip to content
Home News This Developer Built a DIY Winamp MP3 Player; Check out How It Works! 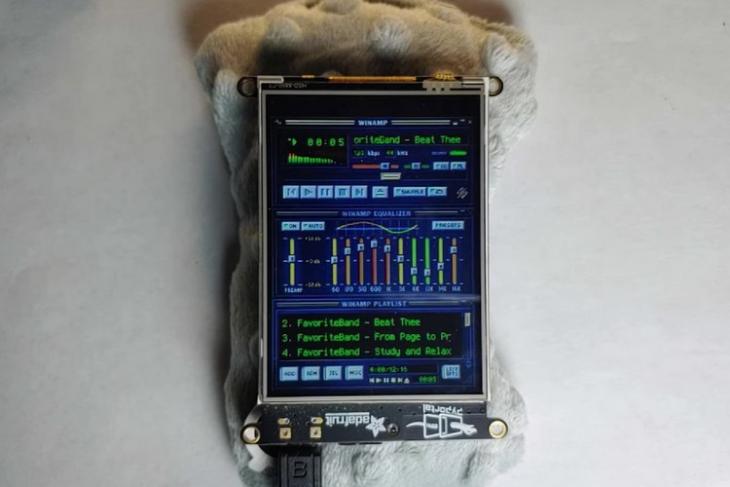 For those who remember, the Winamp media player is a classic app that become popular after its initial release back in 1997. Although the app came with very limited features as compared to current music streaming platforms like Spotify and Apple Music, it was a fan-favorite during its heydays. Now, a developer has built a physical MP3 player solely based on Winamp. Let’s take a look at the details in the following section.

A developer named Tim C, who is also a part of the open-source hardware company Adafruit recently built a Winamp-based MP3 player using a DIY device called the Adafruit PyPortal. The PyPortal is primarily a DIY device that comes with a display and a tiny speaker and can be programmed to show news, stocks, memes, and other content.

So, as part of his project, Tim C transformed a PyPortal device into a Winamp MP3 player that can play all your favorite songs and support the iconic user-made Winamp skins from the Winamp Skin Museum, which was created by a Facebook engineer back in 2020.

Coming to the technicalities, the device is not like your usual MP3 player. To import all your music to the PyPortal Winamp MP3 player, you need to copy the songs on an SD card and insert it into the device. Moreover, if you want the song and artist names to appear properly in the player, you will need to rename them accordingly.

The Winamp MP3 player is also capable of reading playlists. However, you will need to manually create them and configure them as .json files before importing them to the device. You can also create multiple playlists and switch between them by renaming the one you want to play as “playlist.json” on the PyPortal device.

Furthermore, if you want to build your own Winamp MP3 player, check out the Adafruit website where the developer has offered all the instructions and components you need for the project. So, let us know your thoughts on the device in the comments below. Meanwhile, if you have a Mac, you can also try out the re:AMP media player that supports classic Winamp skins.

Winamp Will Sell Its Iconic Original Skin as an NFT