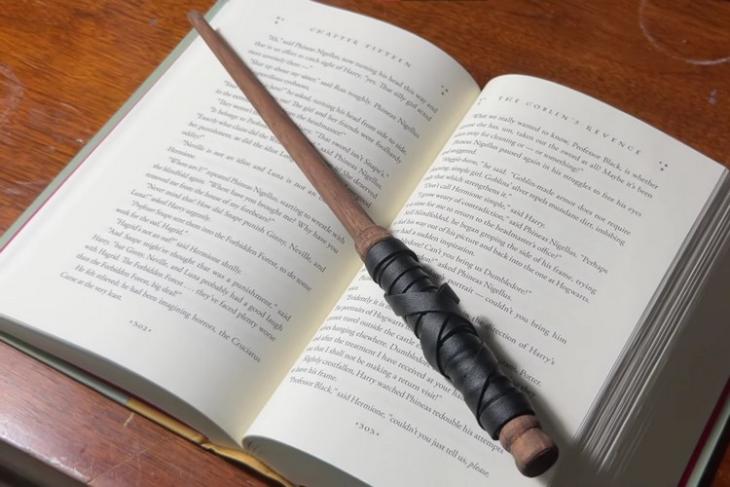 With the rise of voice assistants and smart devices, interacting with electronic appliances has become easier than ever. In today’s world, we can simply ask our smart speakers to turn on the smart bulbs in our room remotely. Now, there is no denying that this does feel a bit magical. However, what if I tell you that somebody built a DIY ‘magic wand’ that lets one control electronic appliances using waving gestures? With this in your hand, I’m sure you will feel like the headmaster of Hogwarts!

During the lockdowns due to the Coronavirus-led pandemic, Sam March, who wanted to be a wizard since he was six, had a lot of spare time. In addition, he was inspired by a quote by Arthur C. Clarke, who said, “Any sufficiently advanced technology is indistinguishable from magic.” Thus, with an ample amount of time in hand, March started the one-and-a-half-month magical journey towards building the wand and fulfill his childhood dream.

How Does the Magic Wand Work?

Now, the magic wand is based on a DA14531 Bluetooth Low Energy (BLE) system-on-chip and is paired with smart plugs running on the same hardware. An accelerometer that is placed inside the wand allows it to detect waving motions and then signal the smart plugs via Bluetooth to switch a device on or off.

Sam started by buying two circuit boards with some Bluetooth chips on them so that they can interact with each other. After he was done with the coding, he finally tested it out, and a tiny bulb on one of the circuit boards turned on when the other board was waved at it. With that being successful, the next step was designing the electronics of the wand.

So, to make the wand compact, March needed much smaller SoCs than the ones he got for the tests. As a result, he ordered smaller circuit boards with a Bluetooth chip and an additional accelerometer to enable the wand to detect waving motions. After this, he went on to place each of the chips on the new board and heated it up with an infrared heater. After the hardware part was done, it was time for the final coding.

Now that the science bit was out of the way, it was time to build the chassis for the wand. So, March divided the whole wand into five sections. The bottom part that holds the battery and the circuit board, a top part to go on it, a butt-piece to clip the two pieces together, and finally the tip of the wand. For the finishing touches, he went on to wrap the grip with leather.

You can check out the entire process of making the wand in March’s YouTube video right below. Better yet, if you want to make a similar magical wand for yourself or a loved one, you can use Sam’s resources from his Github page.

So, as you can see, the result of the project is a beautiful wand that is indeed magical. I know that one might still prefer to simply ask the voice assistant to get the job done but there is no denying the fact that this concept is out of the box and fun. I’d kill to wave the wand at my light bulb and say ‘Lumos’ to see the light of my room turn on.

Moreover, the video above only shows the making of the wand and not the adapters that work with it. However, Sam says that he will be sharing dedicated videos to show how he made the adapters that react to his magical wand.

This YouTuber Turned a Xiaomi Mi 9 from 2019 into a Full-Fledged Gaming Smartphone!

How to Shut Down or Reboot Raspberry Pi

How to Set Up a Raspberry Pi Web Server [Guide]