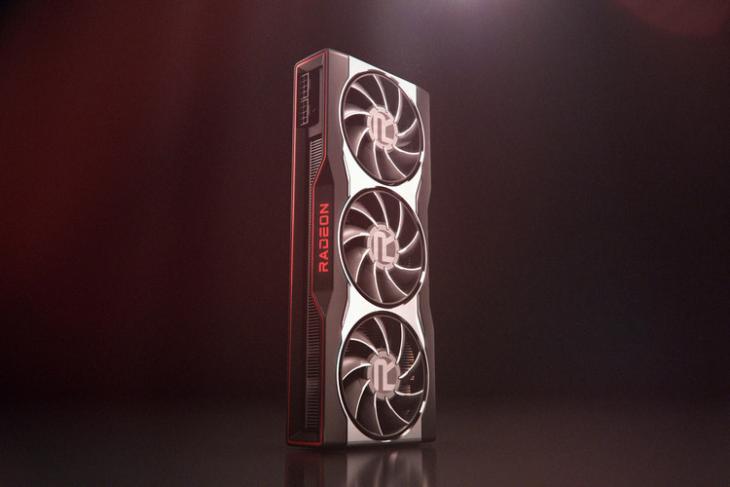 According to TweakTown, the design, which shows 2x DisplayPort, 1x HDMI, and 1x USB Type-C port, is likely to be that of the Radeon RX 6700 XT or the RX 6900 XT. Beyond that, there’s very little info about it but we believe that AMD will keep posting the occasional teaser about its upcoming Big Navi GPU and Zen 3 CPU lineup in the run-up to their launch next month, so we can expect plenty more information in the coming days.

Take a first look at the design of the new Radeon RX 6000 series. Our upcoming @AMD #RDNA2 graphics cards will feature a brand new cooler design, and you can study every angle yourself on our Fortnite Creative Island. 8651-9841-1639. pic.twitter.com/KGQAOXDivZ

AMD last week announced that it will unveil its next-gen Zen 3-based Ryzen Desktop CPUs (codenamed ‘Vermeer’) on October 8, followed by the Radeon RX 6000-series graphics cards based on the RDNA 2 architecture on October 28. While the former is expected to take on Intel’s ‘Tiger Lake’ processor lineup, the latter is now expected to compete against Nvidia’s GeForce RTX 3000-series cards.

Meanwhile, one interesting aspect of the Big Navi cards is that they might power both Sony’s and Microsoft’s upcoming gaming consoles. According to a teaser video released last week by the AMD, the graphic cards will support both PC and consoles, seemingly confirming persistent rumors that the Xbox Series X and PlayStation 5 will both ship with these chips.

There’s no confirmation for the aforementioned from either of the three companies but let’s hope that we get more information on that sooner rather than later.