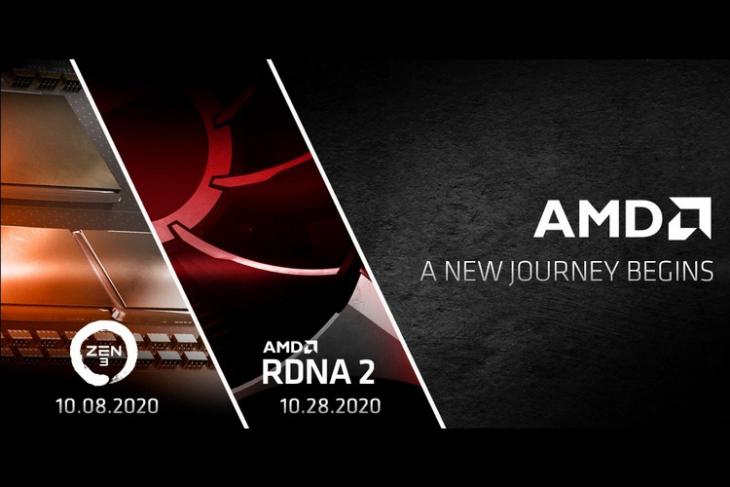 After a torrent of rumors and speculations over the past few months, AMD has officially announced the launch date for its next-generation CPU and GPU platforms. In a teaser video posted Wednesday, the company revealed that it will unveil its Zen 3-based Ryzen Desktop CPUs (codenamed ‘Vermeer’) on October 8, followed by the Radeon RX 6000-series graphics cards based on the RDNA 2 architecture on October 28.

AMD CEO, Lisa Su, also teased the upcoming launch events on Twitter, saying: “it’s going to be an exciting fall for gamers”. Apart from that, neither she nor the company’s official Twitter handles gave out any more concrete info on the chips, but the video suggests that the upcoming CPUs might be based on the same same die as the Zen 2 chips and offer a maximum of up to 16 cores and 32 threads.

It’s going to be an exciting fall for gamers… time to start a new journey with @AMDRyzen Zen3 and @Radeon RDNA2 pic.twitter.com/O9SXvLo4y0

Meanwhile, recent leaks have suggested that the upcoming CPUs will have higher clock speeds, and combined with a newer architecture based on an enhanced 7nm process, should offer faster performance than their predecessors. In fact, reports suggest that the upcoming CPU generation might bring the biggest leap in performance for AMD since the first-generation Zen chips.

As for the Radeon RX 6000-series GPUs, they are expected to compete against Nvidia’s recently released GeForce RTX 3000-series cards. Interestingly, the teaser video suggests that the cards will support both ‘PC and consoles’, seemingly confirming persistent rumors that the Xbox Series X and PlayStation 5 will both ship with ‘Big Navi’ graphics chips. Let’s hope we get an official confirmation of that sooner rather than later.