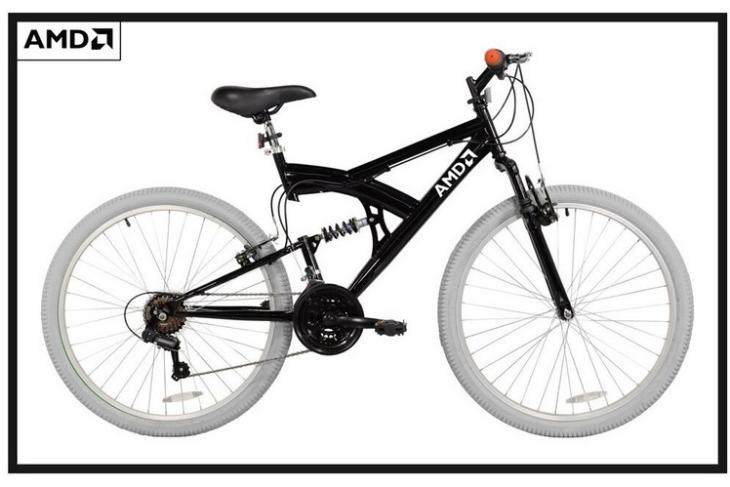 While Nvidia is busy releasing advanced GPUs for upcoming titles, AMD is working on bicycles? Well, that took me by surprise too. However, apart from making entry-level graphics processors and processors for digital notebook and servers, AMD also has an online “fan store” selling AMD branded merch like hoodies, tees, caps. Now, there are two AMD-branded bicycles on the website that, to be honest, looks pretty dope.

The two bicycles: AMD Custom Cruiser Bike and AMD Custom Mountain Bike are currently on sale on the fan store of AMD. These come in white or black frames with a pair of 26-inch wheels and AMD stickers. There is also a version of the custom mountain bike that comes with black frames and a pair of cool orange wheels.

Now, coming to bikes, they are pretty basic, considering the existence of the $3,999 “Superstrata” bike that we saw earlier. The custom cruiser bike, according to AMD, is “the perfect designed bike for cruising the streets and beaches in style”.