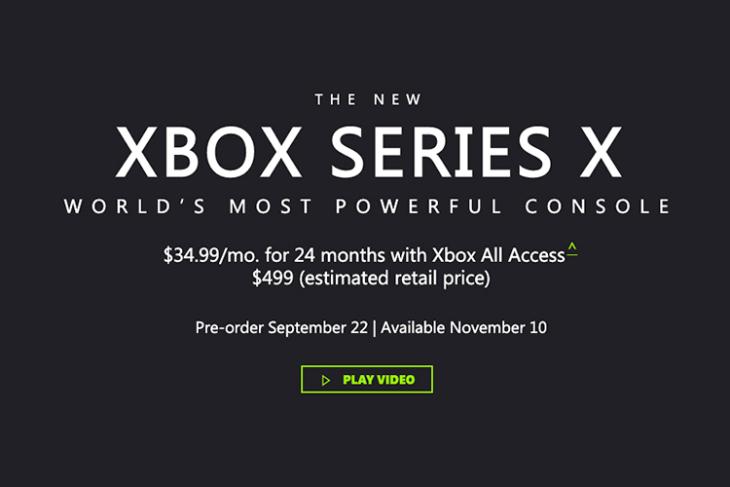 These past two days have been pretty good for fans of Xbox. Yesterday we got our first proper leak of the Xbox Series S, along with its expected price and then Microsoft confirmed it as well. Plus, we got a leaked Xbox Series S promotional video showcasing its features.

As the reports mentioned as recently as yesterday, the Xbox Series X is indeed priced at $499 (ERP), and it will launch on November 10. Microsoft has even given away the pre-order date for the console. If you’re interested, you will be able to pre-order your Xbox Series X console starting September 22! That’s not too far away, so get your wallets ready.

“The future of gaming has never been more inspiring. Creativity in games is flourishing. New services empower you to discover more games—and bring you closer to the games and creators and streamers you love. The cloud creates a massive opportunity to stream console-quality games and play with the people you want, wherever you want. And for many of us, nothing is more inspiring than the dawn of a new console generation.” writes Phil Spencer, Xbox Head on the website.

Now all I need is for Sony to come out and tell us the pricing and availability for the PlayStation 5, because at the end of the day, I really wanna play Horizon Wild West and Spider Man.