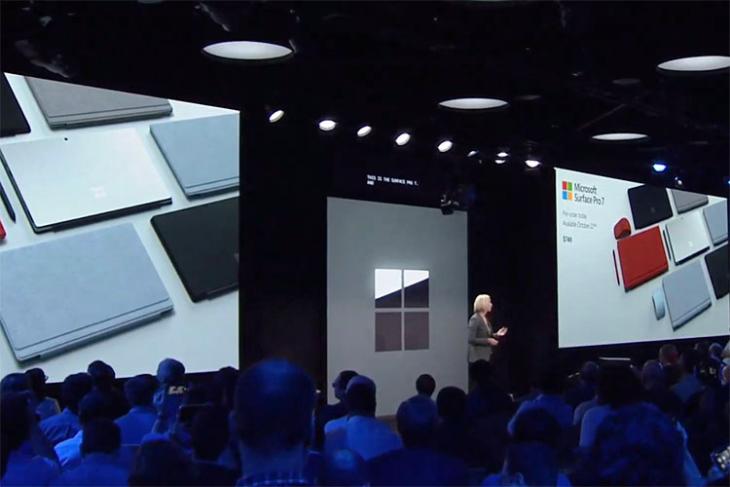 Microsoft has today announced the brand new Surface Pro 7 at the Microsoft Surface Event. The new 2-in-1 from the Redmond giant hopes to carry forward the legacy of its predecessors, which, according to Microsoft, are the best selling 2-in-1s in the world.

The Surface Pro 7 doesn’t change a lot in terms of design and the overall aesthetics on the outside, but it brings a spec-bump as you’d expect, and there’s finally USB-C here. Awesome.

In terms of hardware, the Surface Pro 7 will come with a 12.3-inch display with 2736×1824 pixel packing the latest 10th-gen Core i3, Core i5, and Core i7 processors, along with up to 16GB of LPDDR4x RAM for faster performance. For storage, the new Surface Pro 7 will have 128GB/256GB/512GB/1TB SSD options for customers to choose from, along with improved connectivity thanks to Bluetooth 5.0, and WiFi 6 on board.

The device will also come with a 8MP rear camera, along with a 5MP front camera, along with Windows Hello support for higher security. Microsoft claims that the Surface Pro 7 will last for upto 10.5 hours on a charge, and the laptop weighs just 770g and up depending on the configuration.

The new Surface Pro 7 is available to pre-order today, starting at $749, and will be available from October 22.