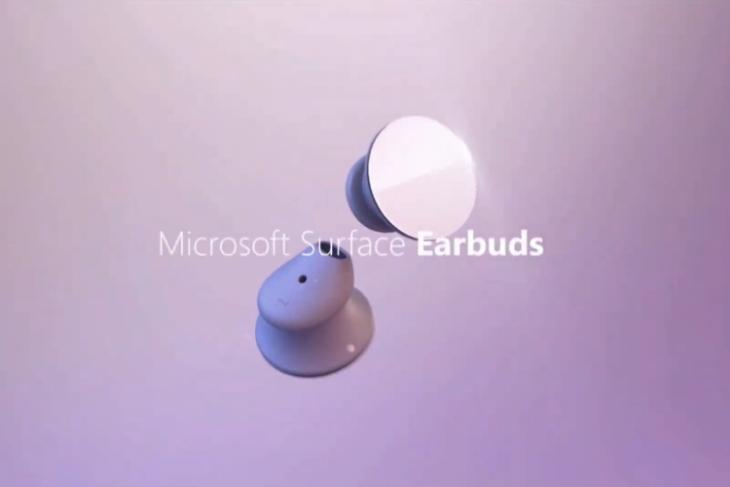 One of the key highlights of the Surface Earbuds will have to be its design. They do not look like an Airpods clone, which is both good and bad. I say it’s bad since the design is weird and the earbuds look bulky. And well, they have been described the best as “pop sockets” for your ears by some popular tech YouTubers.

Well, they might look bulky and huge but the flat surface of each earbud here supports swipe and tap gestures to control music playback, volume and a lot more features in Office apps as well. The design should offer excellent in-ear stability, says Microsoft.

Microsoft has designed the Surface Buds to offer the best music and voice performance, baking in two microphones into each earbud. They aid in noise reduction, but what’s so much better is that it supports real-time dictation (and caption) support for Office apps. Yeah, Surface Earbuds are being pitched as an accessory for Office apps and well, we’ll have to try them out to know better. 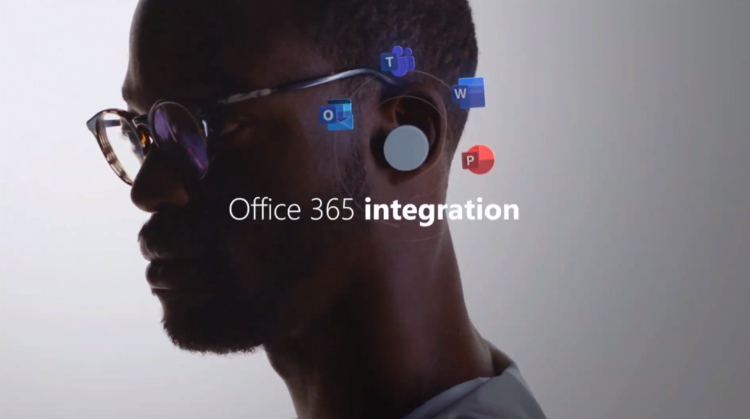 Surface Earbuds offer a 24-hour battery life coupled with the charging case, which is awesome. They support easy pairing with Windows 10 laptops, thanks to Swift Pair. It is one heck of a feature-packed truly wireless earbuds.

The Microsoft Surface Earbuds are priced at $249, which is an exorbitant price tag as compared to the Apple Airpods. These truly wireless earbuds will go on sale later in October. Like what you see? Share your thoughts in the comments below.