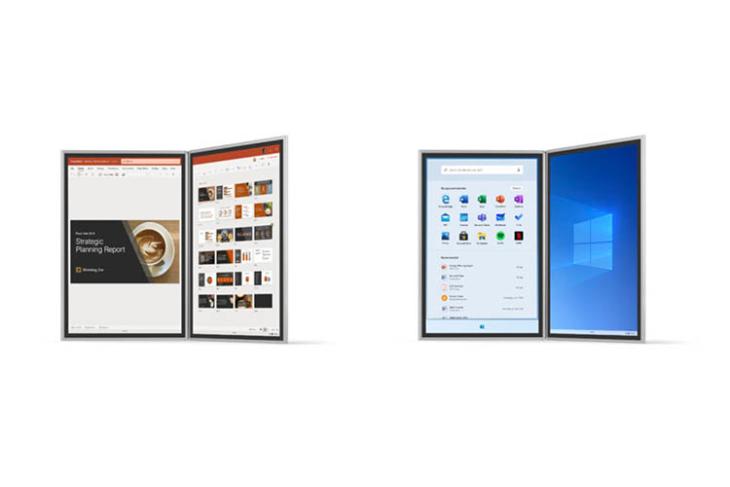 Microsoft’s Surface Event in New York was a really impressive one, to say the least, the company showed off its new portfolio of Surface products, including the Surface Laptop 3, the Surface Pro 7, the all new Surface Pro X, and the Surface Earbuds. While those are all products coming this year, the company also showed off its vision for next year’s products in the form of the dual-screen Surface Neo and Surface Pro Duo. To power these upcoming dual-screen devices, the Redmond giant unveiled a brand new version of Windows — Windows 10X.

With Windows 10X, the company has shown off the direction it hopes to take in the future, with the two dual-scren products it showed off on stage yesterday coming in Holiday 2020. Alongside those products, this new version of Windows will also launch.

Windows 10X is optimized for dual-screen devices, and brings some interesting features to devices with that particular form-factor. Users can open two apps side-by-side and drag and drop content between them, there’s a magnetic keyboard which folds onto one of the screens and Windows 10X automatically readjusts both apps to fit side-by-side on one screen, and surfaces the “wonderbar” above the keyboard with quick access to things like emojis. Users will also be able to put content on the “wonderbar” with Microsoft showing an example of a Netflix show playing in a smaller screen, while the main display is being utilized for work purposes.