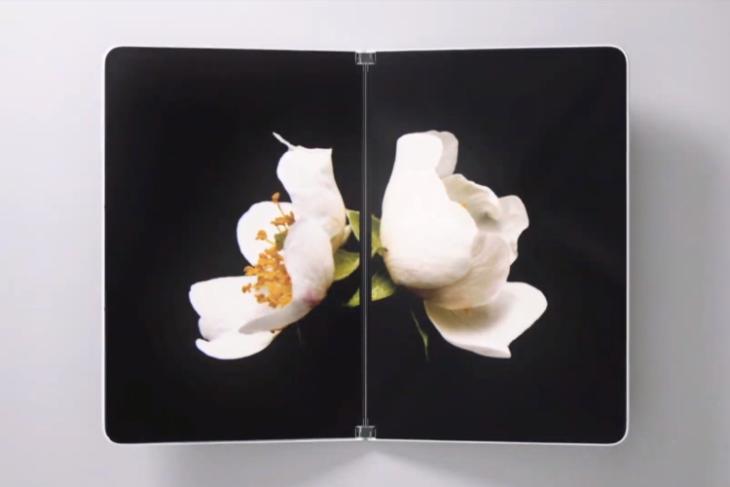 Well, the rumors were indeed true. Microsoft’s Product Chief Panos Panay took stage at today’s hardware event in New York to show off what the future of the Surface lineup is going to look like. And here comes your answer – Surface Neo. It will be the company’s first-ever dual-screen laptop, running a new and redesigned Windows experience called Windows 10X.

You must all be familiar with the standard laptop design and convertibles. Well, Surface Neo is a step beyond these form factors and will offer you a dual-screen experience but there’s no flexible panel being used here. Microsoft has devised a new hinge design, which can be rotated 360-degrees and is powered by micro-gears and 60 micro co-ax cables. 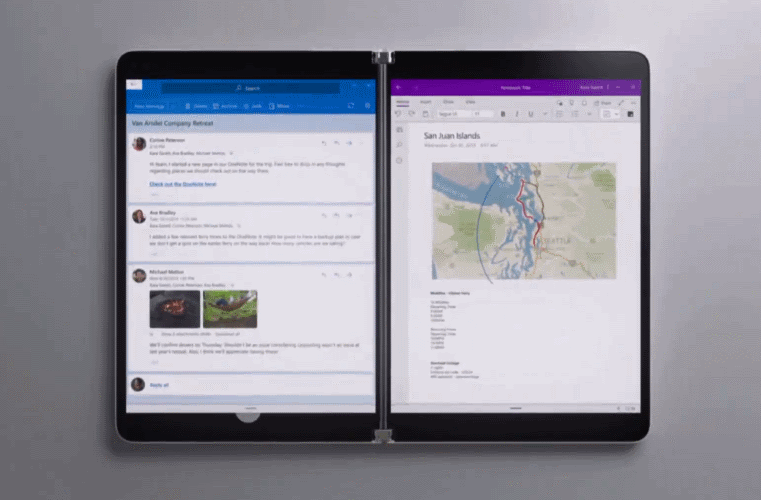 Each screen on either side of the hinge measures 9-inches and the device is just 5.6mm thick in an open state. On stage, Panay terms it the “thinnest LCD ever created” and it’s protected by Gorilla Glass on top. The most impressive fact will, however, have to be the lightweight construction. Surface Neo weighs just 655 grams and it will most likely be a forerunner in the lightest laptop race.

Under the hood, Surface Neo is powered by a custom Intel Lakefield processor. It would be paired with a new 11th-Gen graphics engine to handle the workload on dual-screens. This device supports the Slim Surface Pen (launched for Surface Pro X) and a keyboard accessory, both of which attach to the rear magnetically.

When you attach the keyboard on top of either of the two screens, it will automatically start working and the screen space left atop or below the keyboard will transform into either your trackpad, emoji picker, or just a secondary screen to view content. And this surely has to be one of the best things about the Surface Neo. 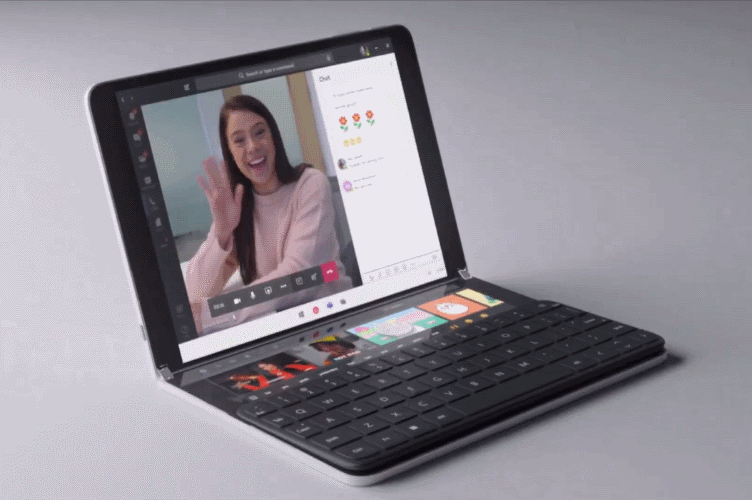 Another key highlight of Surface Neo is called Windows 10X. It’s a new platform based on Windows Core OS and designed for the onslaught of foldable PC form factors, which we may see next year. It has been built from the ground-up, now offering you a slicker Start menu with no Live Tiles, a redesigned Action Center, Taskbar, and more. It runs two apps simultaneously on both screens, but I plan to talk about Windows 10X in another story, so stay tuned for that.

Well, if you’re planning to get your hands on the Surface Neo, I hate to tell you that you cannot right now. Microsoft says that the dual-screen laptop isn’t ready for prime time. I mean, it’s just a prototype and we need to wait until the next Surface hardware event to learn more about it.