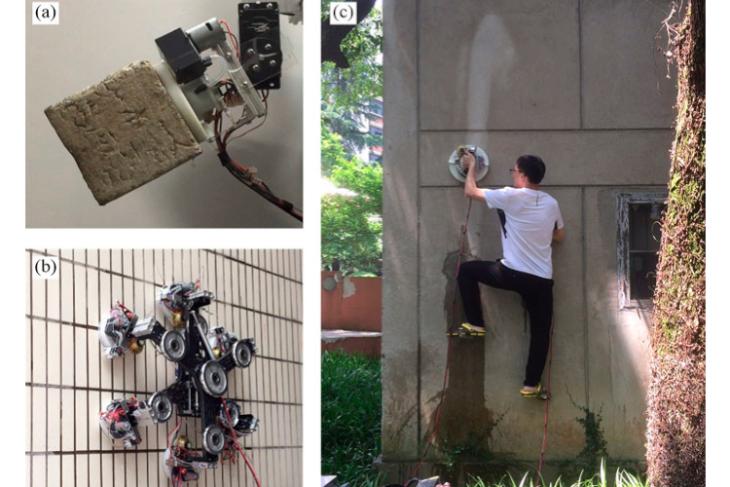 Scientists have developed a new vacuum suction unit that lets you or robots climb walls, similar to what you see in Spiderman movies. The noteworthy part is that it works even on rough surfaces, which makes all the difference.

Until this development, it was not possible to maintain suctional properties on uneven surfaces since traditional suction cups lose their suction capabilities due to vacuum leakage.

To overcome this, researchers Xin Li and Kaige Shihave devised a new technique called zero-pressure difference (ZPD) method. In this method, they make use of a high-speed rotating water ring between the surface and suction cup as a measure to maintain the vacuum.

“The ZPD suction unit forms a rotating water layer on the periphery of the vacuum zone, and the resulting inertial force generates a steep pressure gradient so that a high vacuum is maintained at the center of the vacuum zone while the pressure at the boundary remains equal to the atmospheric pressure.”, wrote the researchers.

The researchers conducted various experiments to test their findings. In one such experiment, they found that a 0.8-kg ZPD suction unit generated a suction force of over 245 N on rough surfaces consuming less than 400W power. They claim that a traditional suction unit would require way lot more power and the apparatus would be heavier than what they have.