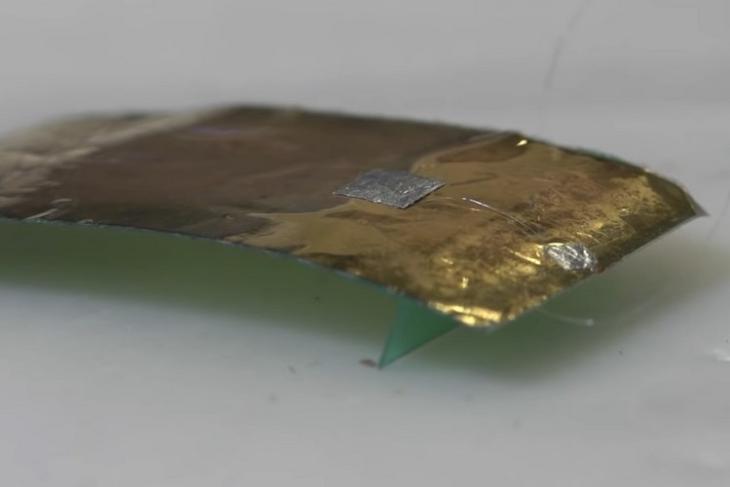 At this point, we have seen researchers and companies build a ton of robots for various purposes. They come in all shapes, sizes, and form factors, ranging from humanoid robots such as Moxi to Boston Dynamics’ dog-inspired robot Spot. Now, researchers have built a robot that is inspired by the characteristics and form of a cockroach.

Developed by the researchers at the University of California, Berkley, the currently unnamed, tiny robot looks like a cockroach and even has some of its characteristics. For instance, like its biological counterpart, the cockroach-robot can move at a speed of 20 body lengths per second and can withstand loads up to a million times of its own weight.

The bot, which weighs only a tenth of a gram, can be stepped on by a human foot and withstand a weight that is equivalent to around 60kg. However, as soon as you will lift your foot, the bot simply picks itself up and starts moving again. So yeah, it cannot be squashed.

“Most of the robots at this particular small scale are very fragile. We found that if we put weight on our robot, it still more or less functions,” says Liwei Lin, a mechanical engineer at the UC, Berkley.

Now, the sturdiness of the bot is achieved, thanks to a unique design. It is made from a thin sheet of polyvinylidene difluoride (PVDF). It is a special piezoelectric material that can expand and contract when a small amount of alternating current is applied to it. This creates a “leapfrogging” motion that makes the robot move forward.

Moreover, the researchers added a front leg and an elastic polymer to the bot to bend the thin PVDF sheet in a way that propels it forward. Furthermore, they have experimented with bots of different lengths, ranging from 10mm to 30mm, and with varied frequency and voltage of the electric current to observe the running speeds of the designs.

You can check out a video showcasing the researchers’ experiment with the bot right below.

As you can see, the cockroach-bot can squish into small tubes and run through them at fast speeds. It can even carry loads of up to six times of its own weight, which is demoed by fixating a peanut on top of the bot.

Currently, the bot needs to be connected to a power source to function. Moving forward, however, the researchers say that future versions of the bot can be powered by a tiny battery.

Now, what is the use of this cockroach robot? Well, the researchers say that such robots can be used to monitor and access really tight spaces in which traditional robots cannot go through. Moreover, they are aiming to fit a gas sensor on the bot to check for gas leaks in small spaces. Plus, the researchers say that it can be used at times of an earthquake to detect lives underneath debris as big robots cannot go through small spaces.

“We hope the proposed insect-scale robot paves a way to pursue fast and robust robots for practical applications,” concluded the researchers in their research paper.

Japanese Researchers Made a Robot Kid That Can Feel Pain

This Robot Skin Responds to Pinches and Slaps