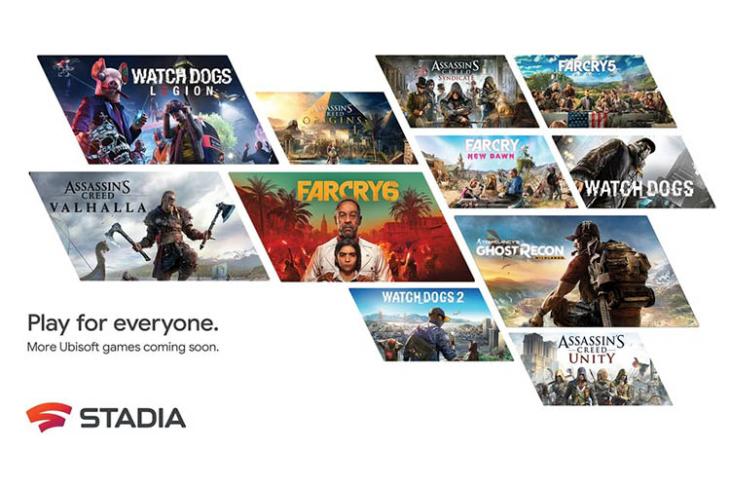 Google’s cloud gaming service, Stadia, has been steadily adding new features and games to the mix. Last month, an APK teardown suggested that the service will soon add a Uplay+ bundle for fans of Ubisoft’s titles, and today, Google has announced that a bunch of Ubisoft’s games are being added to the service.

According to Google’s blog post, the following games will be added to Google Stadia:

The post doesn’t mention a firm release date, but these games should be making their way on to Google Stadia in the near future.

Apart from these older games, Google also confirmed the new Ubisoft titles that will be coming to Stadia. Watch Dogs Legion will be available starting October 29, followed by Assassin’s Creed Valhalla on November 10. Far Cry 6 will also be available on the streaming service in February 2021.

It’s not a surprise to see new games being added to Stadia. The service recently added games like Hitman, Metro Last Light Redux, and Marvel’s Avengers pre-orders as well. Moreover, Google has been focusing on improving Stadia a fair bit, even though for some reason Stadia isn’t available on the newly launched Chromecast with Google TV. Still, it’s nice to see more games coming to Stadia.