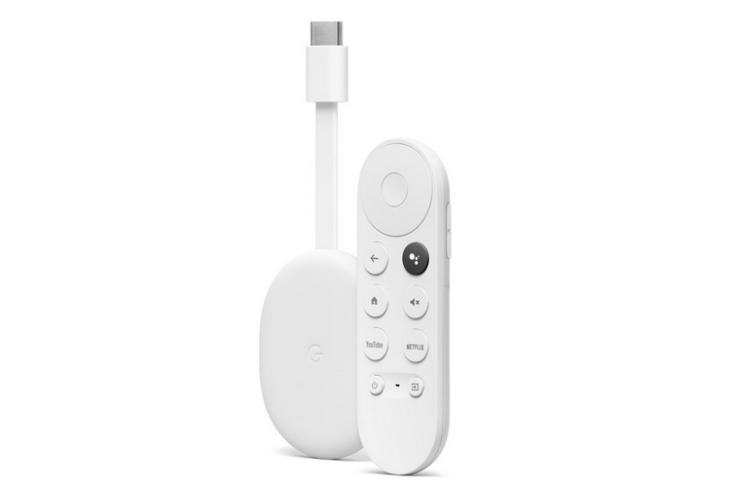 Following multiple sightings of its ‘Sabrina’ streaming dongle over the past few months, Google has finally announced the device officially. Marketed as ‘Chromecast with Google TV‘, the device comes with a custom Android TV interface that the US tech giant is calling Google TV. In an official blog post announcing the launch, Google said that the new device was designed to help users simplify content discovery and navigate their entertainment choices.

Chromecast with Google TV has all the standard Chromecast features, while the all-new Google TV brings together movies, shows, live TV, and more from across all supported apps and subscriptions in an organized and easy-to-navigate interface. The most notable thing about the new dongle, however, is a remote control that was missing with earlier Chromecast devices.

The new Chromecast with Google TV supports 4K HDR at up to 60fps, as well as Dolby Vision and Google Assistant. The remote even comes with a dedicated Google Assistant button that enables users to play supported content on TV via voice commands. It also supports Smart Home controls, including lights, Nest Cameras, and more. The remote also comes with dedicated buttons for Netflix and YouTube.

Chromecast with Google TV is available in the US for $49.99 (~Rs. 3,700). Google is offering it in three colors, including Snow, Sunrise, and Sky. It will also be up for pre-order in Australia, Canada, France, Germany, Ireland, Italy, Spain, and the UK on October 15.

Contrary to recent rumors that suggested Google will rebrand Android TV as Google TV, the new platform is not so much a rebranding of Google’s existing smart TV platform as a custom Android TV interface along the lines of Xiaomi’s PatchWall or OnePlus’ OxygenPlay. However, it won’t be exclusive to Google devices, because the company says that starting next year, the Google TV experience will also be available on televisions from Sony and other Android TV OEM partners.

As mentioned already, Google TV offers an organized interface that includes movies, shows, live TV, and more from across all supported apps and subscriptions. You can also use Google Assistant to search for any particular title or all titles from your favorite genre, etc. The apps that support Google Assistant on Google TV include Disney+, france.tv, HBO Max, Netflix, Peacock, Rakuten Viki, and YouTube, among others.

Finally, Google is rebranding the Google Play Movies & TV app to Google TV with immediate effect. The rebranded app is rolling out today to Android mobile devices in the US, but it isn’t immediately clear when the change will be reflected globally.

How to Customize The Google TV Home Screen