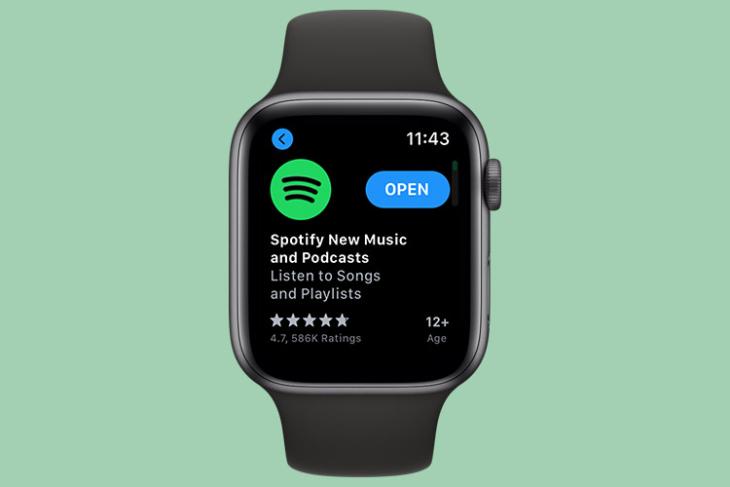 Music streaming service Spotify has had an Apple Watch app for quite some time but it has never really been more than a glorified controller of sorts so far. However, today Spotify is finally rolling out a new update to the Spotify watchOS app that brings standalone streaming to your Apple Watch. With this feature you will finally be able to leave your iPhone behind when you go out for a run, for example, and stream Spotify songs from your Apple Watch straight to your Bluetooth earphones or AirPods.

Obviously, in order to use standalone listening you will either need a cellular Apple Watch, or have your watch connected to a WiFi network to stream the music. The feature is currently in beta, and is rolling out to some users already so you can check whether you have received the feature yet.

In a statement to TechCrunch, Spotify has confirmed that the standalone streaming feature is rolling out now. “We’re focused on developing experiences that enable users to listen to Spotify wherever and whenever they want – regardless of the device or platform. After an initial testing period, we are now rolling out streaming capabilities for Spotify on the Apple Watch” said a Spotify spokesperson.

Apart from Apple Music, Spotify and Pandora are the only music streaming services that now support standalone streaming on watchOS. Other services, like YouTube Music still lag far behind in terms of features.