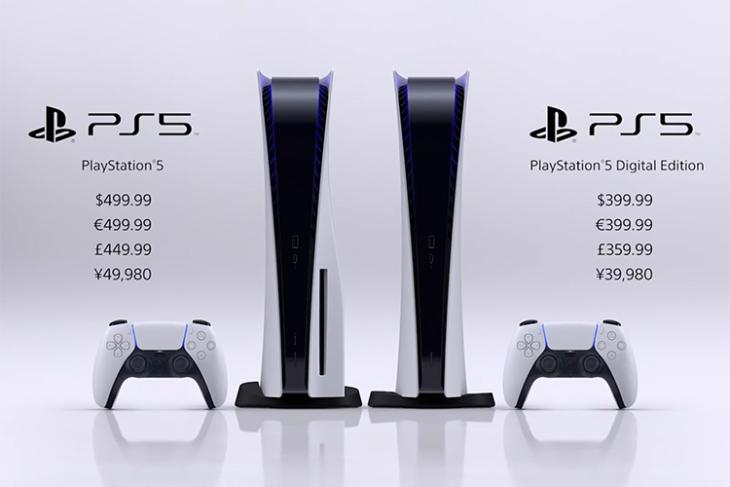 Sony’s PlayStation 5 gaming console is all set to launch on November 12, but it could be delayed in India for an unexpected reason. Sony does not own the PS5 brand trademark in the country. It is instead owned by a Delhi resident, who apparently filed for a trademark on the PS5 name earlier last year. According to Mako Reactor, a Delhi resident named Hitesh Aswani filed to trademark the PS5 moniker on October 29, 2019, almost three months before Sony’s application.

As one would expect, Sony has filed its own application to get back its right over the PS5 trademark. While the company is expected to eventually win the case, the legal wranglings could delay the PlayStation 5 launch in the country. The report further claims that the device may be priced at Rs. 55,000 in India, which would be a massive premium over its $499 (~Rs. 36,500) US pricing.

It is worth noting that this is not the first time that a foreign multinational is having troubles with its global trademarks in India. Last year, Taiwanese tech giant, Asus, hit a stumbling block with its ZenFone 6 launch in India following the Delhi High Court directive that granted exclusive trademark over the ‘Zen’ brand to Telecare Network. However, the company sidestepped the obstacle by renaming the device to Asus 6z for the Indian market and went on to launch it in the country without much of a delay.

As for the PlayStation 5, the device is currently on pre-order in many regions around the world, including the US. It is priced starting at $399 for the Digital Edition that comes without a physical disk drive, while the standard PS5 costs a cool $499. It will launch on November 12th in the US, Japan, Canada, Mexico, Australia, New Zealand, and South Korea.