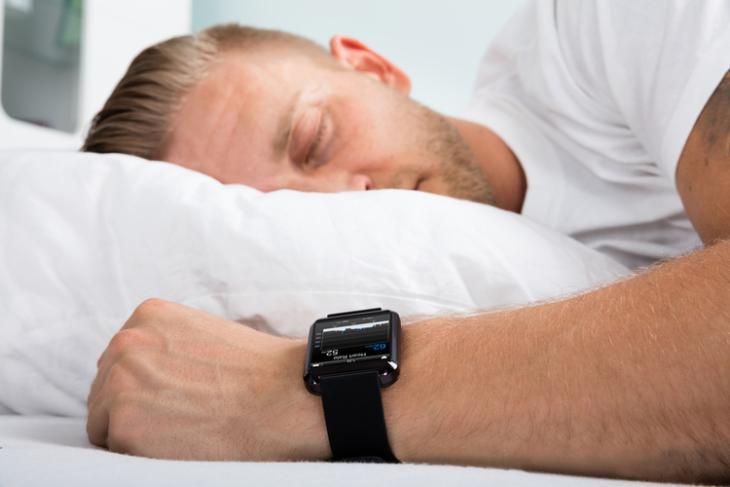 Over the years, despite all of the technological advancements in the world, our life is never smooth. It is extremely unpredictable and 2020 has been a huge example when it comes to that. However, there are some benefits of technology in saving human lives as we have seen in cases of smartwatches. So, this is the story of a special smartwatch that is helping people with post-traumatic stress disorder (PTSD) sleep peacefully at night.

Now, there are many who have gone through trauma in the past and their demons haunt them even today. Such is the story of Patrick Skluzacek, a war veteran whose nightmares refused to leave him years after the Iraq War. He commanded a convoy of fuel tankers to supply a Marine base. So, Patrick’s son, after witnessing his father’s deteriorating mental health, decided to help him.

The Story of the Vibrating Smartwatch

Back in 2015, Tyler Skluzacek, then a senior at the Macalester College in St. Paul, Minnesota, decided to program a smartwatch to monitor and derange nightmares. He enrolled himself in a hackathon called the HackDC 2015 which was dedicated to finding ways to help people who experience PTSD.

The initial version was a “Pebble Watch” that measured heart rate and body movements during sleep. The now-defunct smart wearable sent vibrations to the wearer’s wrist when it detected a rise in the heart rate or disturbance in the wearer’s sleep. These factors indicate that a nightmare is starting.

Tyler’s inspiration behind this whole project was service dogs, who nudge veterans experiencing PTSD, who are moaning or showing signs of distress in their sleep. Tyler says, “I was literally building this for my father”, who brought the prototype home following the hackathon event.

So, while Patrick is now sleeping peacefully, there are hundreds of others who need this watch’s assistance to get a peaceful sleep at night.

As a result, NightWare, a Minneapolis-based startup picked up Tyler’s idea to develop it into a commercial product. It has already raised investment funds and is working in association with Minneapolis VA Medical Center to conduct a medical trial.

On November 7, the US Food and Drug Administration (FDA) gave the start-up clearance to market their product. This means that the smartwatch will soon be available for all the people who could use some help having a good night’s sleep.