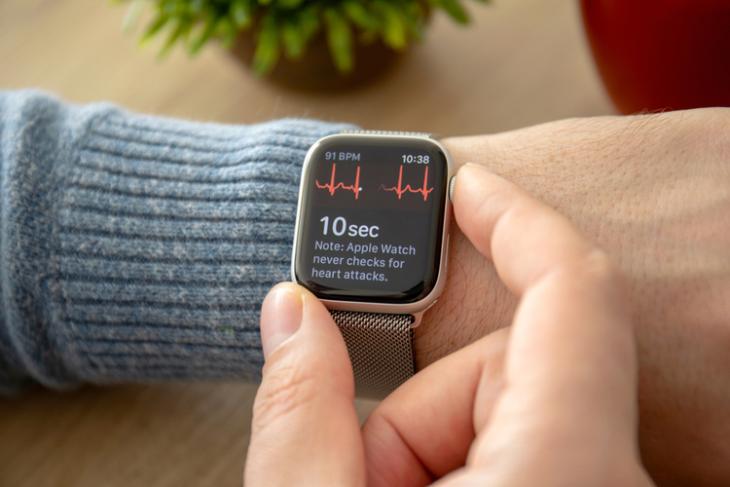 Apple Watch has become the go-to wearable for fitness and health enthusiasts over the past few years. There have been many instances in which the smart wearable saved the lives of its users. Now, what happens to be the first case in India, the electrocardiogram (ECG) feature on the Apple Watch has saved the life of a 61-year-old user.

R. Rajhans, a retired pharma professional uses an Apple Watch Series 5, which was gifted by his son Siddharth. Siddharth was a student at Harvard University and has worked with several big tech companies in Silicon Valley. The watch was a gift to his father who was having irregular heartbeats.

“Since Apple Watch allows the ECG Function, one can check it on a more regular basis. twice or thrice in the middle of the night, my father was getting arrhythmia signals or irregular heartbeats. it’s a critical indicator,” Siddharth said.

After consulting with the doctor Siddharth learned that his father had low ejection fraction and required immediate heart surgery. However, due to the ongoing COVID-19 pandemic, the surgery had to be delayed. But Ranjhans continued to keep a check on his heart’s condition with the help of the wearable.

Post-surgery Siddharth wrote to Apple CEO Time Cook and he responded to his email last week. “My dad underwent a mitral valve replacement surgery and it was his Apple Watch that helped him detect the irregular heart rhythm prior to the Valve failure Echo-cardiograph,” Siddharth said.

“Siddharth, thank you for sharing this. I am happy to note that your father received medical attention in time and I hope he’s feeling better now. Our team will connect with you,” Cook responded in an email.

Following Cook’s email, Apple’s team got in touch with the Rajhans family living in Indore. “The idea of having a device like Apple Watch is to strike a balance between using tech and medical awareness in order to take charge of our parent’s lives. It saved my dad’s life. It’s a life-changing product,” Siddharth added further.