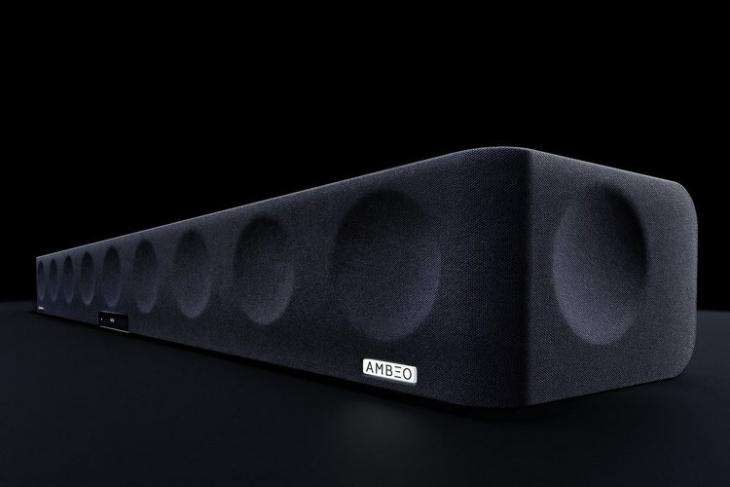 Just a month after launching its Momentum Wireless 3 headphones in India, German audio company, Sennheiser, has expanded its portfolio in the country with the launch of a new high-end soundbar that was originally unveiled more than a year ago at CES 2019. Called the Ambeo Soundbar, the device is powered by 13 high-end drivers (six woofers, five tweeters and two top-firing full-range speakers) that help it deliver a 5.1.4 sound experience while also producing a deep 30Hz bass without the need for an extra sub-woofer.

The soundbar is compatible with various popular sound formats, including Dolby Atmos and DTS:X. In addition, it also comes with Sennheiser’s proprietary sound upscaling technology called Upmix, which converts stereo or 5.1 audio to 3D sound. Sennheiser further claims that the device comes with advanced room calibration that immerses users “in studio-grade sound adapted to the specifics of your living room for an unforgettable 3D experience”.

The Sennheiser Ambeo Soundbar supports HDMI eARC, 4K and Dolby Vision passthrough and Bluetooth 4.2 connectivity. While it does have built-in Chromecast, there’s no support for aptX HD, as it only supports SBC and the AAC codecs. Users can also adjust various settings on the soundbar with the help of Sennheiser Sound Control app, which is available on both Android and iOS. The soundbar does not have a dedicated subwoofer, but users can connect a third-party sub-woofer if needed, said the company in its official press release.

The Ambeo soundbar is priced at Rs. 1,99,990 in India, and is already on sale at select retail outlets around the country. According to Sennheiser, it is currently available at 15 stores in 12 cities, including Delhi, Mumbai, Kolkata, Chennai, Bangalore, Ahmedabad, Chandigarh, Cochin, Gurugram, Hyderabad, Jalandhar and Pune. You can check out the list of shops or learn more about the device on the official Sennheiser website.