With the advent of 3D surround sound, immersive audio has moved into a whole new world of realism by creating the best possible audio experience for movies, TV, music and gaming. Coupled with 3D videos, these new and emerging 3D audio formats like DTS:X, Dolby Atmos and Auro 3D are creating invigorating experiences that’s making movie-going more exciting than ever before. However, with the emergence of multiple 3D surround sound formats, many audiophiles and home theater enthusiasts are now more confused than ever before about the pros and cons of each platform. So, in case you too are wondering about which way to go, you should take a look at our detailed comparison between DTS:X and Dolby Atmos to get a clearer picture about some of the most important similarities and differences between the two technologies.

Designed by California-based DTS Inc., DTS:X is an “object-based” audio codec that aims to create a multi-dimensional sound by adding a height element to traditional surround sound for added sonic accuracy. What that means in essence, is that with DTS:X-encoded tracks, the sound of birds chirping on a tree will actually feel like its coming from up above, provided, you have a DTS:X compatible receiver that can interpret these “objects” on the fly to suit any given speaker layout. The technology has its roots in the 3D surround sound format developed by the Santa Ana, California-based sound engineering company SRS Labs, which was acquired by DTS in 2012. The DTS:X format uses the open and royalty-free Multi Dimensional Audio (MDA) platform that allows sound engineers to isolate each individual sound object and, control their placement, movement and volume separately irrespective of the channel assignment or speaker layout. To get a more in-depth perspective on DTS:X, you can check out our detailed article on the subject.

What is Dolby Atmos?

Much like DTS:X, Dolby Atmos is also an “object-based” audio codec that adds to a standard 7.1 channel setup by adding a height element to sound. The technology allows sound engineers to direct specific sounds to any particular area of the room with a high degree of accuracy, because, unlike traditional setups, sound designers don’t have to specify channels for a particular sound. Instead, they can simply indicate where the sound originates from, and the Atmos setup will just interpret that metadata to give listeners a more immersive and realistic audio experience. To know more about Dolby Atmos, you can check out our earlier article that tackles the subject in more detail. 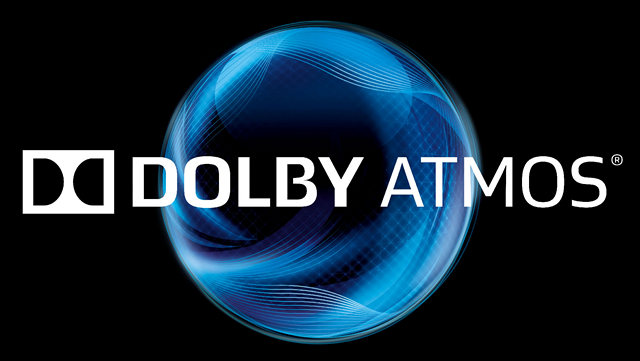 As you’ve already realized by now, there are more similarities than differences between DTS:X and Dolby Atmos. From a sound engineer’s point of view, both support lossless coding for the best audio quality, but are also compatible with lossy compression for streaming services that don’t have the luxury of eating up a lot of bandwidth to deliver the absolute highest quality audio. Both can also “upconvert” legacy soundtracks that are not ‘object-based’. From a consumer’s point of view, you’ll need an A/V receiver or a preamplifier with built-in firmware support to enjoy either of the formats, but to get the full effect, you’ll need content that has been encoded with that particular format.

While the DTS:X and Dolby Atmos have more things in common that not, there are still a few key differences between the two. Unlike Dolby Atmos that consists of a 7.1 channel bed with 4 height speakers, one of the main features of DTS:X is its flexibility. While Dolby recommends a standard 5.1 or 7.1 channel surround sound speaker system alongside at least one pair of either ‘in-ceiling’ or ‘upward-firing’ Atmos-enabled satellites, DTS:X is “location agnostic” and, doesn’t require any specific speaker arrangement, supporting up to 12 channels irrespective of the number of speakers in the setup. The receiver’s auto-calibration feature and object-based sound processor actually get to decide the best output channel for each particular sound “object”.

As mentioned already, you’ll need an A/V receiver or a preamplifier with built-in firmware support to play either of the two formats. Thankfully from the consumer point of view, one of the best things about the DTS:X vs Dolby Atmos debate is that you’re not in an either/or situation. You can, potentially, enjoy both formats with the same set of speakers powered by the exact same receiver, seeing as most receivers offer both Dolby Atmos and DTS:X processing. OEMs like Onkyo, Pioneer, Yamaha, Klipsch, Definitive Technology, Marantz, Integra etc. already have several receiver and speaker models that are compatible with both technologies, and they’ve also been rolling out firmware updates to many of their Atmos-only models to make them compatible with DTS:X.

While Dolby Atmos encodes lossless Dolby TrueHD soundtracks on  Blu-ray discs to create 3D audio, DTS:X does the same to a lossless DTS-HD Master Audio soundtracks to get the same effect. So just like Dolby Atmos audio tracks are backwards-compatible with Blu-ray players capable of playing Dolby TrueHD, DTS:X soundtracks are also backwards-compatible with just about any Blu-ray player capable of playing DTS-HD Master Audio soundtracks subject to firmware updates. What it means in essence is that just about all Blu-ray players manufactured over the last decade will be able to give you the full effect of DTS:X and Dolby Atmos. If you’ve bought your A/V receiver at any time in the recent past, you should check if your vendor has already made the new, DTS:X-compatible firmware available on its website.

As mentioned already, there are already an insane number of options available for you if you’re looking for A/V receivers or home theater speakers compatible with both Dolby Atmos and DTS:X. It’s easy to implement both technologies within the same systems, so most OEMs support both formats in their devices. As mentioned already, if you have a standard 5.1 or 7.1 channel setup from the past decade, chances are, it will be compatible with both formats subject to new firmware update(s). In case you’re looking to setup an all-new home theater, you can go over to Amazon to check out some of the receivers and speakers compatible with both DTS:X and Dolby Atmos.

Having great hardware is just the first step towards enjoying the perfect home theater experience, but unless you have source material, there’s very little that all those expensive gadgets can do. That being the case, you need to get Blu-rays with Dolby Atmos and DTS:X soundtracks to enjoy your high-end home theater. Some of the movies that come with Dolby Atmos sound include Mad Max: Fury Road, Mission Impossible: Rogue Nation, American Sniper, Transformers: Age of Extinction, and Teenage Mutant Ninja Turtles, among others. You can check out some of the other Dolby Atmos movies by clicking here.

As for DTX, dozens of movies released by major Hollywood studios like Paramount, Universal, Lionsgate etc. are encoded with the new format, including well-known titles, such as Apollo 13, Snow White and the Huntsman, Fifty Shades of Grey, The Bourne quadrolody (Identity, Legacy, Supremacy and Ultimatum) and Zoolander 2, among others. Click here to check out some of the other available DTS:X titles on Amazon.

DTS:X vs Dolby Atmos: The Future of Immersive Audio

While its too early to anoint somebody the winner in the DTS:X vs Dolby Atmos debate, it isn’t really like the earlier BetaMax vs VHS or HD-DVD vs Blu-ray battles that had to end in a loss for one side or another because of the inherent lack of compatibility between the formats. With most consumer-grade A/V equipment compatible with both technologies, it will come down to which one is more widely-adopted by the entertainment industry. As of now, both formats have seemingly received some degree of support from the big Hollywood studios, but it will be interesting to see who comes out on top when the dust settles after what promises to be an intriguing battle between the two preeminent 3D surround sound formats in the years to come. As a consumer, though, do you prefer one format over the other? If so, or if you have any opinion on the big DTS:X vs Dolby Atmos debate, feel free to sound off in the comments section below, because we love hearing from you.