Even as external hard disks and external SSDs become faster, better, and more affordable, there’s little to dispute the practicality and handiness of a pen-drive. That’s especially true when it comes to moving data between a phone and a laptop, or between multiple smartphones with USB-OTG.

Back in December last year, SanDisk announced a brand new pen-drive with just that use-case in mind. The SanDisk Ultra Dual Drive Go USB Type-C may not have a name that’s easy to remember, but it does bring ease in every other aspect of its design and usage.

Great Design and Build, Plus It’s Almost a Fidget Toy

For one, the SanDisk Ultra Dual Drive Go is small. It’s smaller than you would expect, and that’s both a good thing and a slight annoyance. It’s good because the small size makes it extremely handy and portable which is something you would expect from a flash drive. It’s a slight annoyance because if you, like me, drop it in your bag at the end of a day, you, like me, will be hard-pressed to find it again. 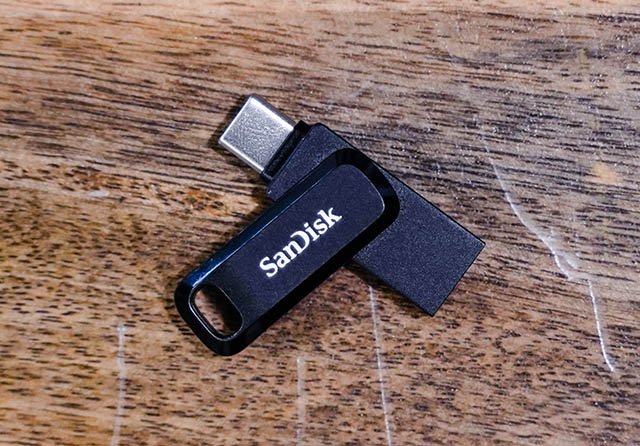 The pen-drive comes with two ports, a USB Type-A connector for plugging it into laptops and computers, and a USB Type-C connector for smartphones. It uses a swivel design to expose one port while covering up the other, and has a satisfying click when the swivel moves around — which is why I can be found sitting on my desk idly playing with the pen-drive. It’s great as a fidgeting device as well.

There’s also a small keyring hole on the back so you can just slide it into your keychain.

By far, one of the most important things about any storage device is the performance it offers, and the USB standard it supports makes a big difference to the kind of speeds you can get with it.

I used the Blackmagic Disk Speed test app on my Mac to check the read/write speeds offered on the Dual Drive Go, and they are consistent with what SanDisk claims in its product listing. The company claims read speeds of up to 150MB/s, and in my tests, read speeds were slightly higher than that at 154MB/s. Write speeds, on the other hand were slow, coming in at approximately 40MB/s in multiple tests. 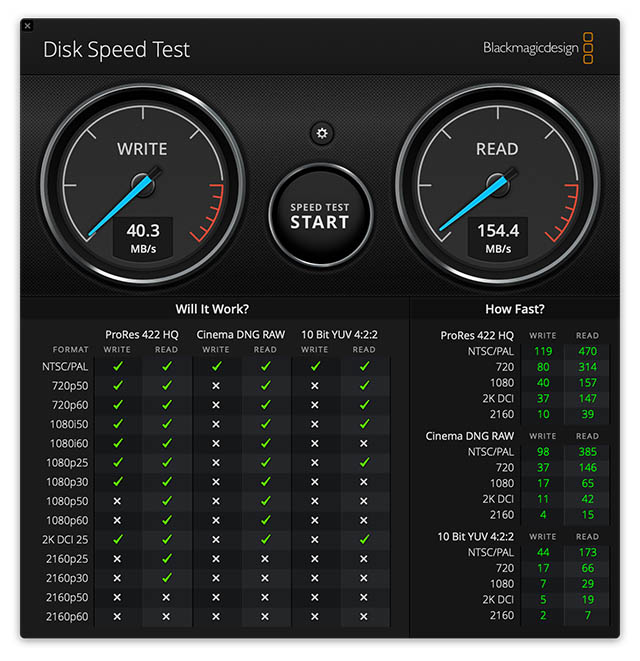 Clearly, the write speeds can be a bottleneck, especially if you’re trying to copy large files to the pen-drive, which is, in fact one of the use-cases for the SanDisk Ultra Dual Drive Go.

In fact, when SanDisk launched this drive, the company said that it’s aimed at “premium consumers to create, manage and preserve their digital content” — a statement that made me assume it would offer write speeds higher than 40MB/s on an average. Still, write speeds do vary by storage capacities, which means it might be slightly higher on the top-end 256GB variant of the Dual Drive Go. The company sent over the 64GB variant to us, so that’s the one we have tested.

One of the USPs of the Dual Drive Go is the SanDisk “Memory Zone” app that comes with the pen-drive. There’s an APK file inside the drive that you can install on your Android smartphone in order to manage your phone’s storage, move files between devices, and more. It’s pretty feature-rich, but there are some features here that really stand out.

Look, I have always advocated for backing up your devices regularly. It’s good tech-hygiene, and it just makes sense anyway since devices can fail out of the blue and losing your data can be potentially catastrophic. 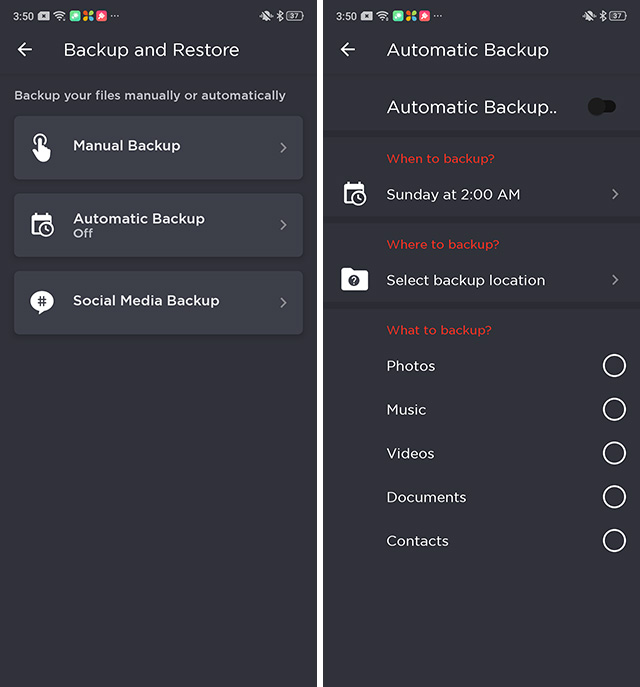 The app can back-up your photos, music, videos, documents, and even your contacts, so you can rest assured your data can be recovered in case your smartphone dies on you, or if it gets lost.

The only issue I have is that on a 64GB drive, creating phone backups doesn’t sound like an especially useful idea, at least for the long-run. Maybe if you buy a larger 128GB or 256GB Dual Drive Go, creating backups would make sense.

There’s also an option to create social media backups, including backups of Facebook, Instagram, and Google Photos. I didn’t try doing this, but the app says that it only backs up photos and videos. I’m not entirely sure why you’d backup photos saved into Google Photos since they are usually synced to the cloud anyway, but the option is there if you want it.

You can also use the Memory Zone app to delete junk files off of your phone. Basically, SanDisk made an “app-cleaner and booster apps” like utility built right inside the app. It’s good for ensuring your phone storage is clean, but personally, I don’t think I will be using it.

SanDisk Is Competing Against Itself

All things considered, the SanDisk Ultra Dual Drive Go, priced at ₹1,095, is a decent USB OTG pen-drive for your smartphone and laptop. The design is great and the read speeds are fine as well. That said, with the Dual Drive Go, SanDisk seems to be competing against itself since the company has other drives like this SanDisk Ultra Dual Drive that also comes with USB Type-C and Type-A ports, and uses USB 3.1 Gen 1 with the same claimed read speeds of 150MB/s. It’s also priced at ₹899 for the 64GB version, which is considerably lower than the Dual Drive Go’s ₹1,095 price tag for the 64GB version. I mean, even the names are basically the same, except for the “Go” part.