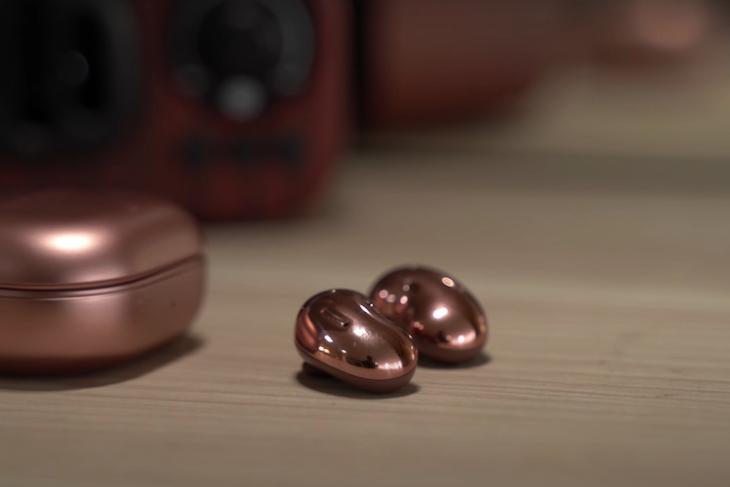 Following much anticipation, Samsung recently launched the small, “bean”-shaped Samsung Galaxy Buds Live and the Note 20 series of devices. Now, although the Seoul-based tech giant does not officially call the Galaxy Buds Live using any name near to the vegetable it resembles, a new teardown of the buds reveals that the company called the buds “beans” at some point in time.

iFixit, a YouTube channel specializing in the teardown of electronic products, has recently dissected Samsung’s latest truly wireless earbuds. Prior to this teardown, we have seen the team dissect other devices like the Samsung Galaxy Note 9 that came with a horrible repairability score and the Moto Razr 2020 that comes with a complex design that makes it almost unrepairable.

Now, recently one of the members of the iFixit team disassembled the new Samsung Galaxy Buds Live’s bean-shaped earbuds. They got a really good repairability score of 8, unlike Apple’s AirPods Pro. However, an unusual discovery unveiled that Samsung themselves called the Galaxy Buds Live earbuds “beans” at some point.

This is because, as the iFixit executive quite easily pry-opened one of the buds from the pair, he noticed that there’s an internal cable with the marking “BEAN RIGHT”. Inside the other bud, the cable had a marking that says “BEAN LEFT”.

So, these markings on the cables suggest that during its development, Samsung addressed the Galaxy Buds Live as “Beans”. And it makes complete sense as the buds actually look exactly like the vegetable it unofficially represents.

You can check out iFixit’s full teardown video right below.