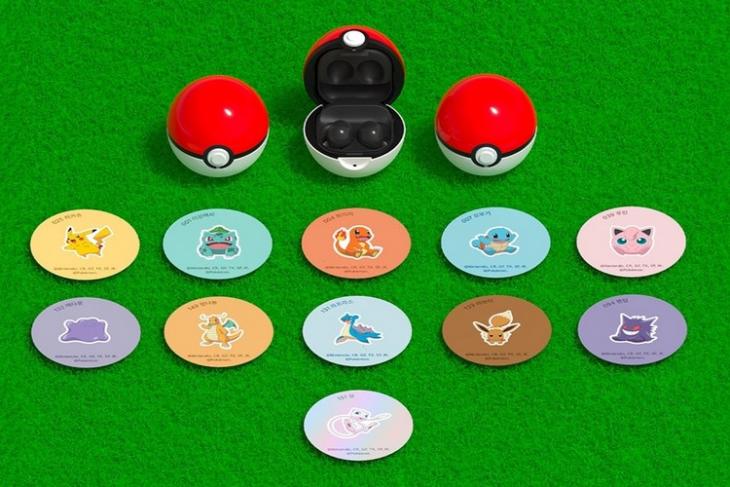 Following the launch and the success of its special Pokemon Edition Galaxy Z Flip 3 in South Korea, Samsung has now announced a similar Galaxy Buds 2 Pokemon Edition in its home market. While the Buds 2 will be exactly the same as the original model, the entire device, along with the charging case, will come within a special Poke Ball outer case. Let’s take a look at the details below.

The new Galaxy Buds 2 will come with a shiny Poke Ball carrying case, which Samsung is calling the Pokemon Monster Ball. Users can also attach a strap to the special case for easy portability.

Inside, there will be the Galaxy Buds 2 earbuds, along with the charging case. The Galaxy Buds Pro and the Buds Live can also fit into the Pokemon Master Ball. Customers can choose from the same color options that Buds 2 are currently available in – Graphite, Onyx, Olive, White, and Lavender. And as for the earphones, they are the same as the original Galaxy Buds 2 that launched last year.

To recall, the Galaxy Buds 2 come with Active Noise Cancellation (ANC), a 3-mic setup, 360 audio and Dolby Atmos support, up to 20 hours of playback time, and more.

The interesting part is that each of the Galaxy Buds 2 Pokemon Edition bundle will come with one of the 11 unique Pokemon stickers, featuring some of the iconic Pokemons (header image). These include Pikachu (of course!), Bulbasaur, Charmander, Squirtle, Dragonite, Lapras, Eevee, Gengar, Jigglypuff, Ditto, and Mew.

Moreover, the Mew sticker, as per Samsung, will emit a “brilliant holographic light,” and only 5% of the special edition models will come with the said sticker. So, you have to be pretty lucky to get one of these.

As for the price, Samsung has listed the Pokemon Edition Galaxy Buds 2 at ₩134,000, which is roughly Rs 8,200. Samsung is currently neither taking pre-orders nor the device is available for purchase. However, much like the Galaxy Z Flip 3, it is expected to reach users soon but will be exclusive to the South Korean region.

It is also unknown whether or not Samsung will launch the Pokemon Edition Galaxy Buds or the Galaxy Z Flip 3 in other markets. So stay tuned for further updates, and let us know your thoughts in the comments below.