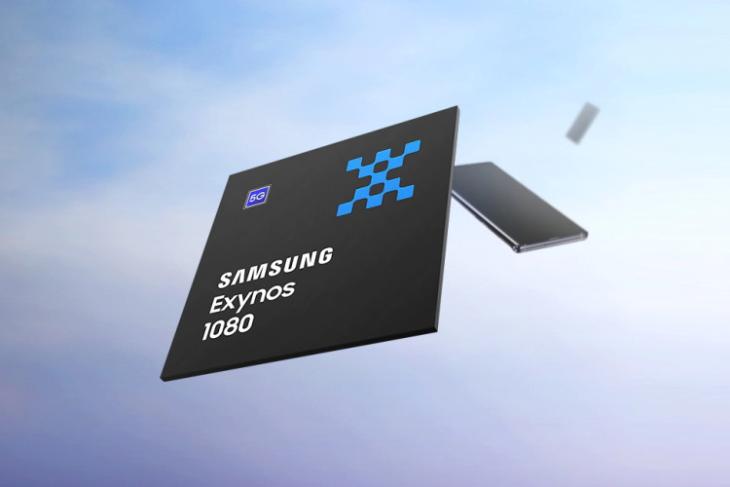 As promised, Samsung has officially unveiled its first-ever 5nm mobile chipset, Exynos 1080, in China today. The Korean giant had already started talking about this chipset and revealed some of its key specifications earlier this week. And today, we’ve learned almost everything about the Exynos 1080 chipset, which will be the first 5nm chipset, made for Android smartphones. It follows in Apple A14 Bionic‘s footsteps, which was the world’s first 5nm mobile chipset.

You will also find an integrated 5G modem, which supports both mmWave and sub-6GHz networks. Samsung touts that the Exynos 1080 can offer peak download speeds up to 5.1Gbps, which is great. You will also find the latest WiFi 6 and Bluetooth 5.2 to round up the connectivity options. The chipset supports up to WQHD+ displays with a 90Hz refresh rate and Full-HD+ display with a 144Hz refresh rate, which is amazing.

We can expect to see more smartphones with a high refresh rate display in the coming months as Xiaomi, Oppo, and others are also rumored to bake an Exynos chipset into their phones.

The Exynos 1080 chipset also supports the latest LPDDR5 RAM and UFS 3.1 storage to maximize day-to-day performance. You also have a dedicated NPU and DSP to handle AI tasks, voice assistants, and demanding AR/ VR applications. The ISP (image signal processing) unit aboard this chipset supports up to six sensors and up to 200MP captures. It supports 4K @ 60 FPS video recording, along with HDR10+ and 10-bit color support.

Also, it is also important to mention that Samsung is utilizing a new AISP architecture with the Exynos 1080, which utilizes both the ISP and NPU unit for advanced image processing. The AI capabilities of the chipset can help better adjust the exposure, the white balance, saturation, and more.