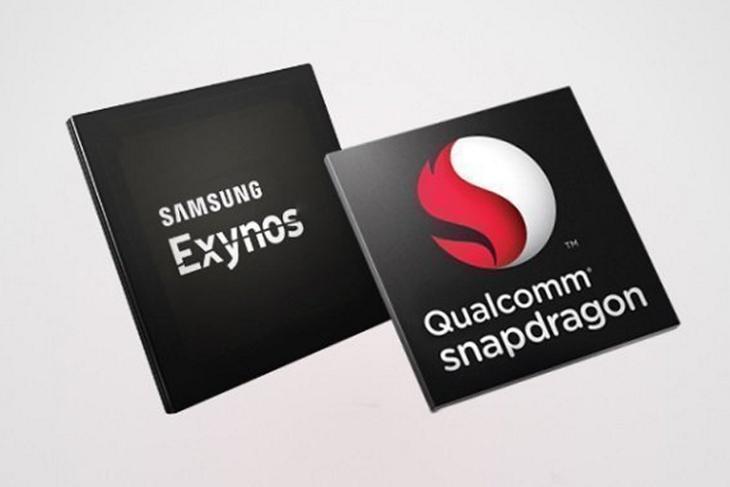 The benchmark scores for Samsung‘s rumored 5nm flagship SoC, Exynos 2100, and Qualcomm’s flagship Snapdragon 875 SoC have leaked yet again, suggesting that the former might be significantly faster than the latter at this stage in their development cycles. Both chipsets are expected to sport 1+3+4 similar configurations, including ARM’s ‘Cortex-X1 Super’ CPU cores.

According to a user on Chinese forum, Clien.net, a Galaxy S21 backed by Qualcomm’s first flagship 5nm chipset notched up a single-core score of 1,204 and a multi-core score of 4,121 on Geekbench. Both are lower than the Exynos variant of the device, which managed to hit 1,323 and 4,215, respectively.

However, turning the power-saver mode apparently levels the playing field, with both devices earning almost identical scores on both counts. While the Snapdragon 875 scored 1,114 and 3,067, the Exynos 2100-powered device got 1,129 and 3,019 in the single-core and multi-core tests, respectively.

While Qualcomm seems to have closed the gap with the Samsung chip since the last test, the Snapdragon 875 is still some ways short of its rival, so it will be interesting to see if that will change by the time these chips are ready for mass production. That said, do take these results will a pinch of salt, given that it’s real easy to fake the Geekbench scores and we have no way to verify the authenticity of these leaks.

Qualcomm’s first 5nm mobile processor, the Snapdragon 875, is expected to power a bunch of flagship smartphones next year. That includes the US version of the Galaxy S21, although, here in India, we’re still likely to get an Exynos 2100-powered variant. However, that might not be such a bad thing if the chip does turn to be as competitive as the early results seem to indicate.