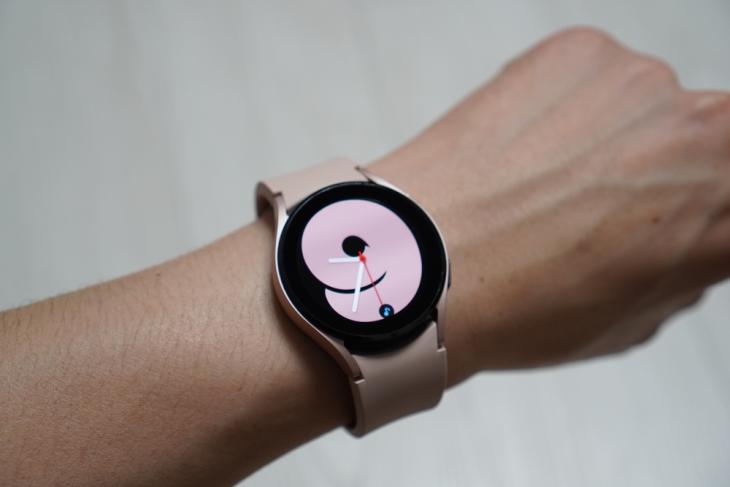 Samsung’s upcoming Galaxy Watch 5 series is expected to arrive in the coming months, and we can expect it to come with some significant upgrades over its predecessors. And well, the latest leak suggests that the Galaxy Watch 5 Pro could be made up of premium materials like titanium and sapphire glass. Check out the details here.

The next-gen Samsung Galaxy Watch 5 series is expected to include the Galaxy Watch 5 and the Watch 5 Pro. And out of the two, the latter could feature Sapphire glass. It can also have a Titanium build, much like one of the Apple Watch Series 7‘s variants.

The Sapphire glass can help make the display tougher and more durable with capabilities like scratch and crack resistance. However, the use of Sapphire and Titanium as the Galaxy Watch 5 Pro’s materials can make it expensive.

Speaking of the display, the Watch 5 Pro is also slated to feature wider bezels instead of narrow ones. This might disappoint many who are looking to get a bezel-less display on their smartwatch. There’s no word if this will result in rotating bezels, much like the one we have seen before.

It is also suggested that the Watch 5 Pro will come with a much bigger 572mAh battery and if this is true, expect a much longer battery life. But, this could also mean a much bigger and heavier chassis. It remains to be seen what the final product will be like.

Samsung is also speculated to include a thermometer on the upcoming Galaxy Watch 5 series. However, since there are a few hindrances in implementing one, we are not sure if this will happen for sure. Even the Apple Watch Series 8 could sport one to compete with it.

Other details include various enhanced features, Google Assistant support (which is also reaching the Galaxy Watch 4 models), and various other improvements. The Samsung Galaxy Watch 5 series is expected to release alongside the Galaxy Z Fold 4 and Z Flip 4 foldable phones, possibly in August this year. Hence, it’s best to wait until then to see how the new Samsung smartwatch turns out. Stay tuned to this space for all the updates you need.