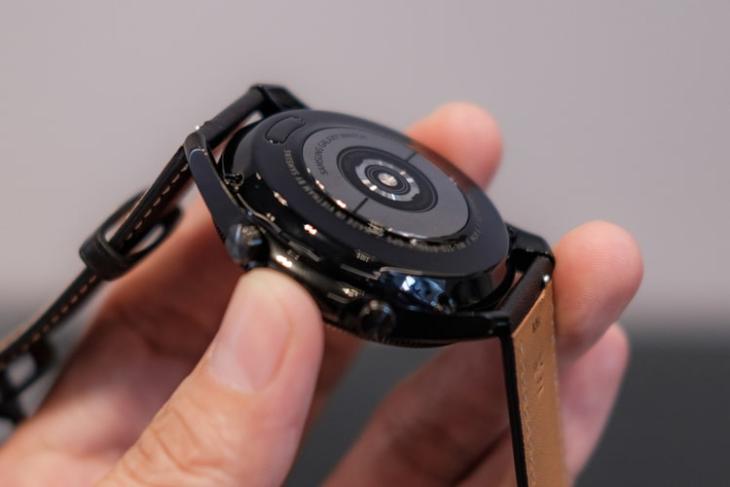 Samsung has been improving its smartwatch with every iteration to compete with the Apple Watch and be a solid alternative for Android users. The Korean giant launched the Galaxy Watch 4 series with the WearOS-based One UI Watch skin and a new body composition measurement feature last year. And now, the company might integrate a thermometer sensor into its upcoming Galaxy Watch 5, which is slated to launch this year. Here are the details.

According to recent reports, Samsung aims to add a thermometer sensor to its Galaxy Watch 5 models to let users measure their body temperature with ease. It could be pretty useful for detecting early signs of COVID-19 and also help track the ovulation cycles of women more accurately.

However, there are a few issues with having a thermometer sensor on a smartwatch for which companies have avoided adding the same to their smartwatches. There are a lot of external factors like sunlight that could affect the temperature of the skin near the wrists of a user. Hence, it often becomes difficult for the thermometer sensor to deliver an accurate measurement.

However, as per a recent report by the Korea-based publication ETNews, Samsung has discovered a way to avoid this issue and allow the thermometer sensor to measure the body temperature of a user as accurately as possible. So, the company could integrate the new tech into its upcoming Galaxy Watch 5 to get an upper hand over its competitors in the market.

Furthermore, the report mentions that Samsung is testing a prototype of a pair of Galaxy Buds earphones with a body temperature measurement feature. It will reportedly use an IR sensor to measure the temperature of the eardrums and track the body temperature.

Now, it is worth mentioning that Samsung has not yet confirmed anything about its upcoming Galaxy Watch 5 models. Hence, we suggest you take this information with a grain of salt. The company is expected to launch the Galaxy Watch 5 series sometime in August this year, alongside its next-gen foldables. We expect more details about the smartwatch to surface in the coming months. So, stay tuned for further updates and let us know your thoughts on a thermometer sensor on your smartwatch in the comments below.