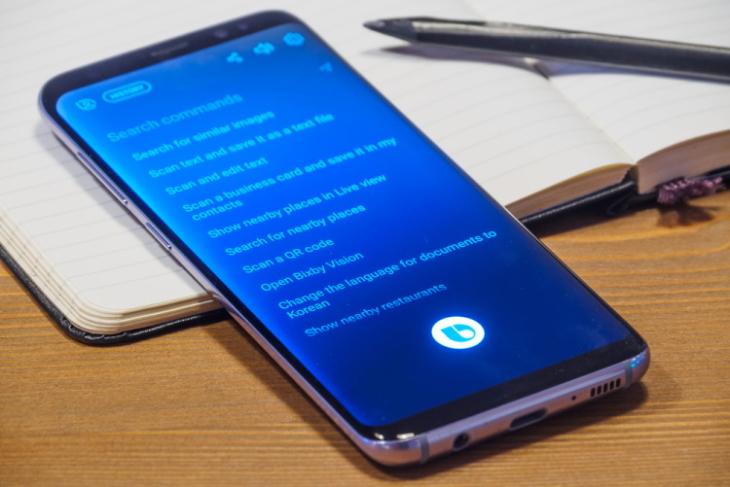 Smartphones have gone from using PIN and patterns to fingerprint sensors and face unlock to safeguard your personal data. Biometric authentication is now a must-have feature as it simplifies unlocking the smartphone. Samsung is reportedly planning to introduce a new biometric unlocking into the mix with the Galaxy S21 series.

As per the latest SamMobile report, Samsung is not looking to kill its in-house voice assistant, Bixby, and replace it with Google Assistant. Instead, it intends to offer a voice unlock feature via Bixby Voice on the upcoming Galaxy S21 series. The voice unlock feature will sit alongside the fingerprint, face unlock, and other smart unlock options in Android.

The voice recognition feature, powered by Bixby Voice, will be part of OneUI 3.1 on the Galaxy S21 series. It will initially be limited to the company’s latest flagship series. But, it will eventually trickle down to older Samsung flagships and various Galaxy A-series models as well. The exact details about how this feature will work are still unknown. Will it be more secure than face unlock or fingerprint recognition?

This will be the first time that Samsung will roll out “voice recognition unlocking” on its smartphones. I’m excited to try it out but I’m also skeptical about how good it will be. We are all aware of the shortcomings of Bixby. Add to this the fear of safeguarding your data with voice, which might easily be over-ridden with a recording.

It will be interesting to see what measures Samsung has in place to avoid its misuse and offer true voice unlock functionality to users with the Galaxy S21 series.