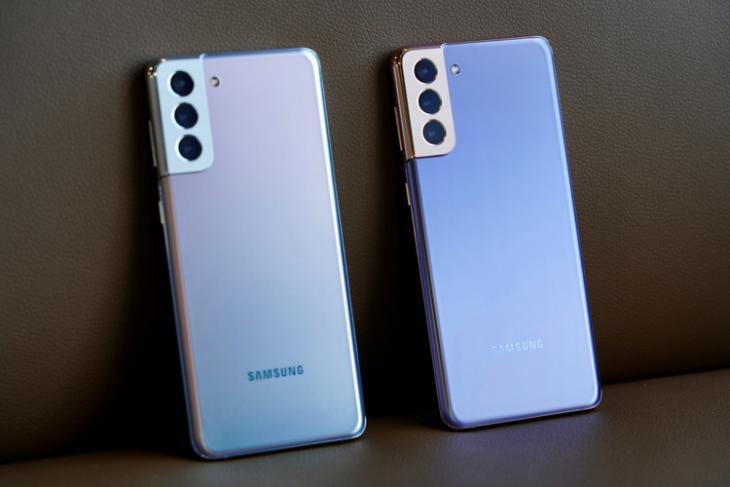 The stable release of Android 12 is right around the corner. While Samsung usually takes its fair share of time to push out One UI based on the latest Android version, a new report hints that the South Korean tech giant would soon start testing One UI 4.0 in beta for the Galaxy S21 series.

As Sammobile reports, a Samsung community manager has shared a banner revealing that the One UI 4.0 beta for the Galaxy S21, S21+, and S21 Ultra is coming soon. The banner is in Korean and doesn’t have an exact launch date for the One UI 4.0 beta. You can take a look at the banner below: 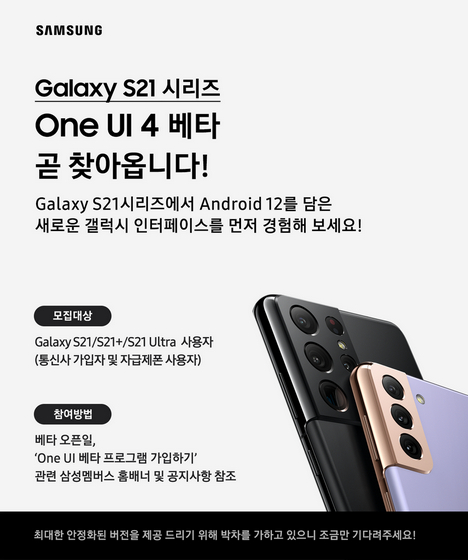 This is not the first time we are hearing about the One UI 4.0 update. Notably, tipster Ice Universe hinted last month that Samsung will start testing One UI 4.0 for Galaxy S series in July. Ice Universe also claims that One UI 3.1.1 will debut with the Galaxy Z Fold 3. In case you are out of the loop, Samsung will likely launch the Galaxy Z Fold 3 and Galaxy Z Flip 3 at its Galaxy Unpacked event next month.

Starting the beta program early would also mean that Galaxy devices could potentially get a taste of Android 12 sooner than expected. Google is all set to release Android 12 later this year, hopefully in September. We will have to wait for Samsung to finalize and reveal all the OneUI 4.0 features. Meanwhile, you can check our article to know the best Android 12 features and the list of Samsung Galaxy devices likely to receive One UI 4.0 update.