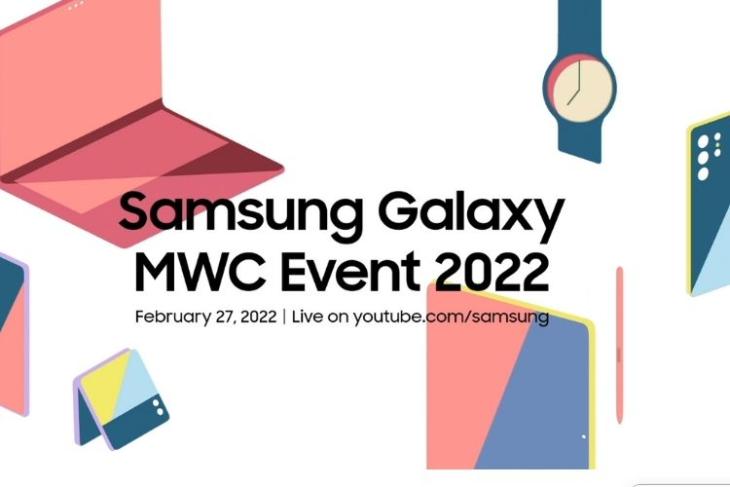 Samsung recently unveiled its flagship Galaxy S22 and Galaxy Tab S8 series at the first Unpacked 2022 event. And now, it has announced the Galaxy MWC Event 2022, which is scheduled for February 27. The event, which is expected to unleash a “new era of connected mobile devices,” involves a number of announcements such as a new laptop, a new OS platform, and more. Here’s what to expect.

What to Expect from Galaxy MWC Event 2022

Samsung, apart from sending out invites, has revealed a few details on what we can expect from Samsung’s upcoming second major event. In a blog post, the company has revealed that it will launch the next-gen Galaxy Book lineup at MWC 2022. The new Galaxy Book laptops will be focused on providing a “best-in-class experience” to users. While details about the laptops are still behind the veil, we have a confirmation on a few things.

Samsung will continue its partnership with Intel and Microsoft to provide users with a seamless experience across all Galaxy devices. The company already offers a suite of Microsoft apps like Link to Windows, Office, and more on Samsung laptops and phones, and we can now expect it to this take further with new experiences that will be introduced at MWC 2022.

It is also revealed that Samsung will introduce the One UI 4 Book, which will be a skin added on top of Windows 11 for a visual change and will bring Samsung apps like Samsung Gallery and Notes on PC with a similar feel to them. This comes after Samsung recently introduced One UI Watch for its Galaxy Watch 4 for better connectivity between the smartwatch and the Galaxy phones.

With Intel’s help, Samsung is expected to create a more connected Galaxy ecosystem. The company says, “With the next generation of Galaxy Book, Samsung and Intel are building a modern PC experience, bringing the best of the connected Galaxy Ecosystem and mobility together with next-generation performance, battery life to give users a series of PCs that fulfill all their needs no matter where they are in life, or their day.“

Additionally, the new Galaxy Book will come equipped with improved security and privacy features. More details on the upcoming Galaxy Book lineup are expected to be out soon. Hence, stay tuned.