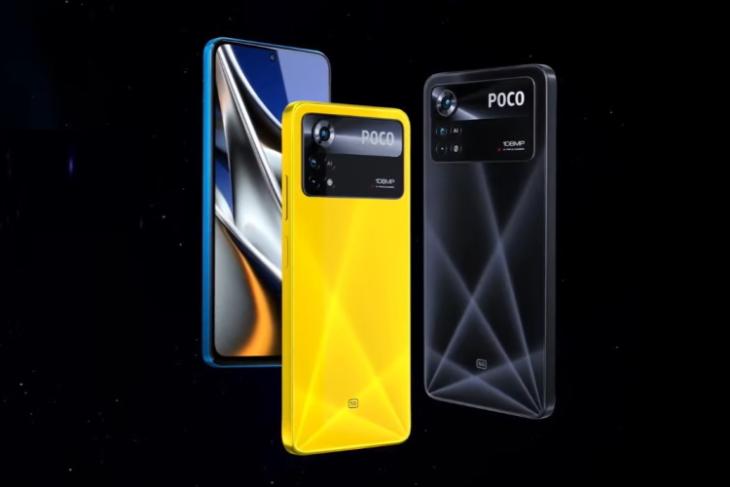 During the ongoing all-important mobile event MWC 2022, Poco has launched the Poco X4 Pro 5G globally. The smartphone succeeds last year’s gaming-focused Poco X3 Pro, comes with a few design refreshes, camera upgrades, and more. It is also claimed to be the rebranded version of the Redmi Note 11 Pro (launching in India soon), already available in the global markets. So, expect a few hardware similarities. Here’s a look at all you need to know about the X4 Pro.

Poco X4 Pro 5G has adopted a new all-glass design, which includes a big horizontally-placed rear camera hump, unlike the circular one on its predecessor. The device weighs 205 grams, which is still a lot, but Poco has slimmed down the phone to 8.12mm. The rear camera bump houses three sensors. There’s a main 108MP camera, an 8MP ultra-wide camera with a 118-degree field of view, and a 2MP macro camera. This is an upgrade (on paper!) from the X3 Pro’s 48MP cameras. The front camera stands at 16MP.

Poco X4 Pro comes with a 6.67-inch Full-HD+ AMOLED panel with support for a 120Hz refresh rate and 360Hz touch sampling rate. The panel supports a 2400 x 1080p resolution, up to 1200nits of peak brightness, and DCI-P3 wide color gamut. It is powered by a Qualcomm Snapdragon 695 SoC, paired with up to 8GB of RAM and 256GB of storage (expandable up to 1TB). The device also supports Dynamic RAM expansion to offer users up to 11GB of RAM.

Poco X4 Pro also has 5G support, which was missing from the X3 Pro. The smartphone gets its power from a 5,000mAh battery, which supports 67W fast charging, which is considerably faster than the 33W fast charging on the Poco X3 Pro. It runs MIUI 13 for Poco based on Android 12.

Coming to the price, the Poco X4 Pro 5G is priced starting at 299 Euros in the global market. You can check the prices of the two RAM + storage configurations right here:

The Poco X4 Pro comes in three attractive color variants, including the Laser Black, Laser Blue, and Poco Yellow. It will go on sale starting 2nd March, with early bird pricing offers available across both models. So what are your thoughts on this new Poco mid-ranger? Do let us know in the comments below.