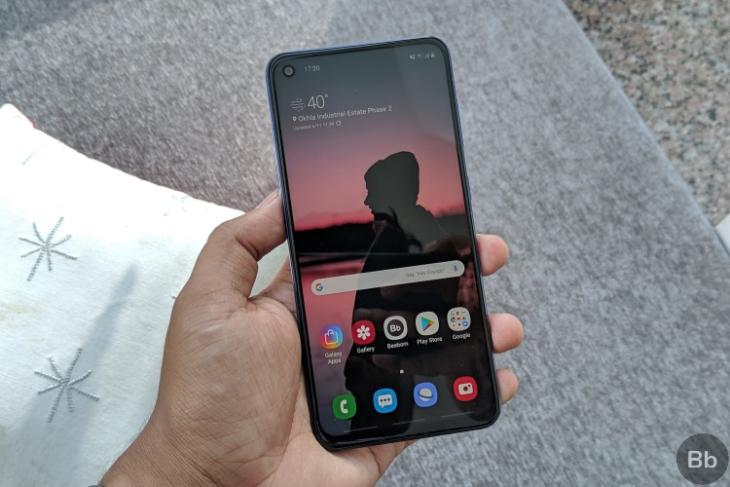 Samsung was expected to launch the Galaxy M50 mid-range smartphone in early 2020 as the next instalment in its Galaxy M-series, but a new report now claims that the company is skipping the Galaxy M50 moniker in favour of the M51. According to sources quoted by 91Mobiles, the upcoming device has already gone into production at the company’s Noida factory, although, it might not launch any time soon. The report further claims that the device, once launched, will be available simultaneously via online and offline channels.

Not much is known about the so-called Galaxy M51 at this stage, but it is expected to be the successor to the Galaxy M40, which was one of the upper mid-range offerings from Samsung this year. It will be interesting to see, though, whether it will ship with 5G connectivity like many of Realme and Xiaomi’s mid-range offerings next year, or if Samsung will reserve 5G devices for markets that have already started rolling out the next-gen cellular networks and stick to 4G in India, which is yet to allot trial 5G spectrum to the carriers.

While Samsung is all set to launch its Galaxy S11-series flagships early next year, it has also been releasing a bunch of entry-level and mid-range smartphones as part of its Galaxy A and Galaxy M lineups over the past year. While the Galaxy M-series was introduced as a replacement for the discontinued Galaxy J-series, the Galaxy A-series was introduced last year and, has been a massive success already, with the Galaxy A10 ranking as the top selling Android phone in Q3 2019, helping the the company recover some of its lost market share in countries like India.

Galaxy M40 Brings a Powerful Processor But is Still Overpriced!