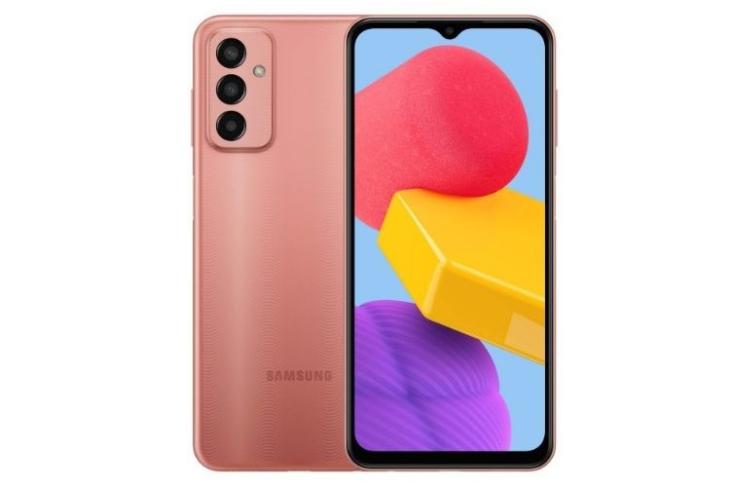 Samsung is often seen introducing smartphones quietly only to advertise them later on. One such addition is the new Galaxy M13, which has now been introduced globally and is also listed on the company’s press page. This succeeds the Galaxy M12 from last year, which came with a 90Hz display and a 6,000mAh battery. Here’s a look at its price, specs, and more details.

The Samsung Galaxy M13 comes with a basic design that includes vertically placed rear cameras and a waterdrop notch. Although, the color variants are attractive and you will get to choose from three, namely, Deep Green, Orange Copper, and Light Blue.

The phone sports a 6.6-inch Full HD+ Infinity-V screen, which is most likely based on an LCD panel. There’s no word on whether or not the device will support a 90Hz refresh rate like its predecessor. While Samsung doesn’t mention the processor name, it is said to be the Exynos 850, which is meant for budget phones. It also powers the Galaxy A13, which was recently launched in India. The phone gets two RAM+Storage options: 4GB+64GB and 4GB+128GB. Both options support the ability to expand the storage by up to 1TB.

For the photography bit, you will get three rear cameras, including, a 50MP main snapper with auto-focus, a 5MP ultra-lens, and a 2MP depth sensor. An 8MP selfie shooter with fixed focus is also included. This setup is also similar to the one seen on the Galaxy A13 and hence, it could be pretty much a rebranded version of the Galaxy A13.

The phone is backed by a 5,000mAh battery and there’s no mention of the fast charging capabilities of the phone. The good part is that it runs One UI 4.1 based on Android 12. The Galaxy M13 also comes with support for Samsung Knox, Wi-Fi 802.11 a/b/g/n/ac, Bluetooth version 5.0, a fingerprint scanner (most likely placed on the side), and more.

Samsung hasn’t revealed the price of the Galaxy M13 and even the availability details remain hidden. Considering it’s a part of the Galaxy M series, it is highly expected to fall in the sub-Rs 15,000 price bracket.

Plus, we don’t know when it will arrive in India. This could happen soon but we still need an official word. Hence, stay tuned for further updates.