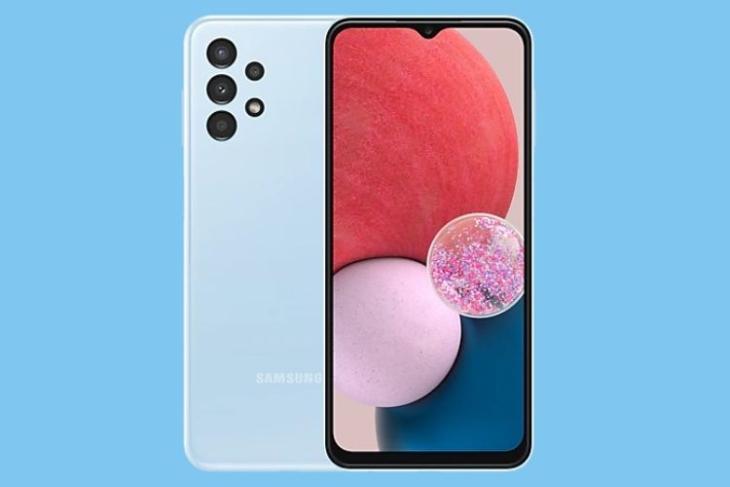 Samsung recently introduced the Galaxy A13 and the Galaxy A23 as successors to the Galaxy A12 and the A22. These budget smartphones have now entered India soon after the Galaxy A53 5G’s entry into the country. Both devices come with just 4G support, 50MP cameras, and more. See details.

Galaxy A13, A23: Price and Availability

The new Galaxy A13 is now available to buy via the company’s website, while the Galaxy A23’s stocks are still awaited.

The spec sheet for both the Galaxy A13 and the Galaxy A23 remains the same as their global models. To recall, both phones feature vertically-aligned three big camera housings at the back with a waterdrop notched display.

The Galaxy A13 has a 6.6-inch Infinity-V Full HD+ display and is powered by an Exynos 850 chipset. It gets four rear cameras, including a 50MP primary snapper, a 5MP ultra-wide lens, a 2MP macro camera, and a 2MP depth sensor. There’s an 8MP selfie shooter. It is backed by a 5,000mAh battery with 25W fast charging, runs Android 12-based One UI 4.1, a side-mounted fingerprint sensor, Dolby Atmos, and more.

The Galaxy A23 has the same 6.6-inch Full HD+ display but with an AMOLED panel and support for a 90Hz refresh rate. It is also powered by a Snapdragon 680 chipset. The camera configuration is also the same as the Galaxy A13 but the Galaxy A23’s 50MP main camera supports OIS.

It also comes with a 5,000mAh battery with 25W fast charging, One UI 4.1 based on Android 12, Dolby Atmos, a side-mounted fingerprint sensor, and more.

The Samsung Galaxy A13 is available in Black, White, Blue, and Peach colorways, while the Galaxy A23 misses out on the White color option.