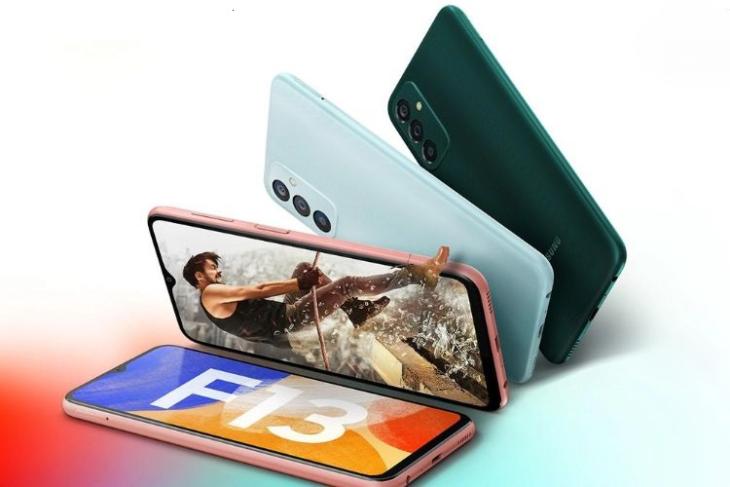 As expected, Samsung has launched a new budget smartphone in its F series called the Galaxy F13 in India. The smartphone is similar to the Galaxy M13, which silently made its entry globally last month. The phone is a successor to the Galaxy F12 and comes with a 6,000mAh battery, an Exynos 850 chipset, and more. Check out all the details below.

The Galaxy F13 features a Galaxy M13-like design, which includes vertically-placed three rear cameras and a waterdrop notched display. It is a 6.6-inch Full HD+ LCD display without support for a high refresh rate. To recall, the Galaxy F12 comes with a 90Hz screen.

The phone is powered by an Exynos 850 SoC, much like its predecessor and the Galaxy M13. The phone comes with 4GB of RAM and up to 128GB of storage. The storage can be expanded by up to 1TB with the help of a memory card. Plus, there’s also support for RAM Plus for extended RAM, totaling up to 8GB of RAM.

As for the camera configuration, the Galaxy F13 gets a 50MP main snapper, a 5MP ultra-wide lens, and a 2MP depth sensor. The front has an 8MP camera for selfies and video calling. The main highlight is the presence of a 6,000mAh battery, which also backed the Galaxy F12. The battery supports 15W fast charging. The phone runs Samsung One UI 4.1 based on Android 12.

It will be available to buy in India through Flipkart and Samsung’s website, starting June 29.