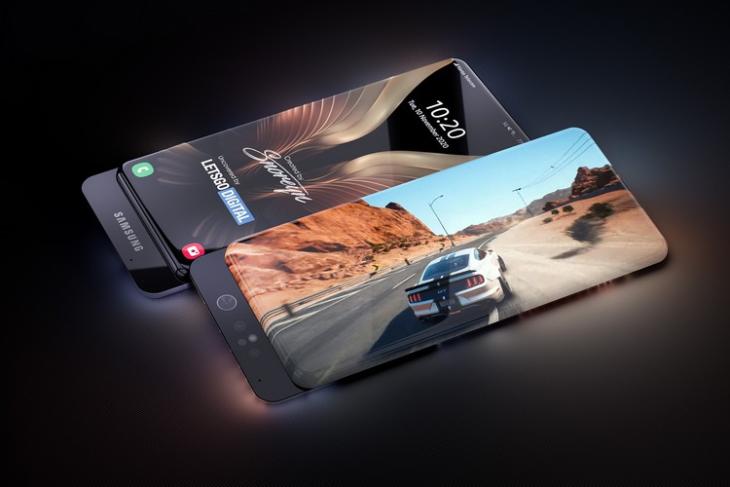 Apart from working on its next-gen Galaxy devices and new TWS earphones, Samsung is now working on a new kind of smartphone, following the trend of flexible displays. According to a recent patent, the Seoul-based tech giant is now working on a unique smartphone that comes with a surround display and a transparent casing.

The report comes from popular Dutch media, LetsGoDigital and it claims that the Galaxy smartphone-makers filed a patent about a first-of-its-kind device for the company with a wrap-around display and a unique sliding mechanism. The 70-page patent, vaguely named “Electronic Device”, states that there will be no physical buttons on the device and it will have a 100% screen-to-body ratio. 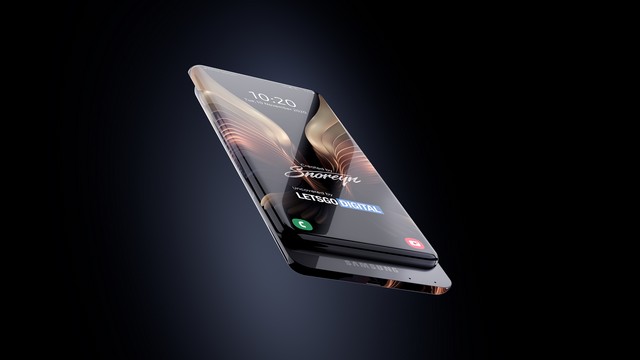 100% Screen and a Sliding Camera

The device will have no bezel at all and there will be screen real estate all over it. Moreover, Samsung states that they will be using a transparent casing for the device. The company can use transparent acrylic or polymer materials that can transmit light to make this special casing.

So, this, as per the patent, can open up a lot of possibilities for the device. For example, the device could adapt to an environment (kind of like a chameleon) by combining the transparent casing and the array of external camera sensors.

Now, talking about the sensors, the device comes with an in-display fingerprint sensor and an under-display camera sensor at the front. However, as the device is mostly screen, both at the front and back, the company hid the primary back camera behind the unique sliding mechanism that I mentioned earlier. So, at first glance, the back camera would not be visible to users, until they slide down the wrap-around display a bit.

Hence, as you can imagine, the potentially game-changing device from Samsung will have a pretty futuristic look and feel for consumers. However, the chances of the device making its way to market in the near future are pretty low, as it is still in its concept stage.

Nonetheless, it is always great to see what the major players in the smartphone industry are up to with future smartphones. And according to the report, Samsung, when it launches the device, might add it to the Galaxy Z Fold series.

You can also check out the realistic renders of the said Samsung device in the video above, which is made by the folks at LetsGoDigital based on the patent drawings of the device.