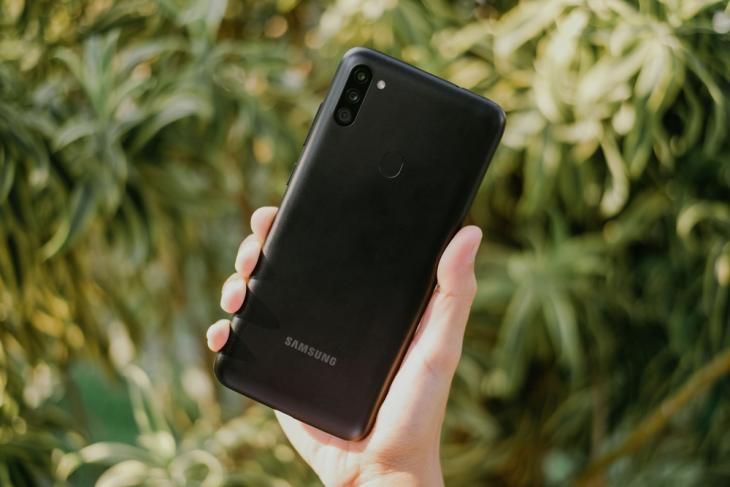 Samsung is said to have been working on two new entry-level Galaxy M- and F-series smartphones. The live images of the Galaxy M12 back panel have surfaced online (via 91Mobiles) today. These do give us a first look at what the device’s back panel might look like but also sheds light on the company’s strategy.

As you can see in the images below, the inner side of the back panel carries the model number M127F/ F127G. You can already make a calculated guess that SM-M127F will be the model number for the upcoming Galaxy M12. Plus, it was earlier reported that Galaxy F12 is in the works with the model number SM-F127G.

Further, the image reveals that Galaxy M12 will feature a square quad-camera setup on the rear. Sources suggest that we will find up to four sensors onboard here but we are unsure of the megapixel count. The rear-mounted fingerprint sensor will be moved to the side and will double as the power button.

Galaxy M12 will arrive as a successor to the Galaxy M11 from earlier this year. It will be housing a 6.7-inch display (most likely LCD) with a punch-hole selfie camera, a huge 7,000mAh battery, a 3.5mm headphone jack, and a USB Type-C port.

The sources do not have any information on which chipset will power the Galaxy M12/ Galaxy F12. The Snapdragon 450 powered its predecessor, so we can expect to see the chipset’s successor, Snapdragon 460, onboard. This is mere speculation though and we suggest you take it with a grain of salt.