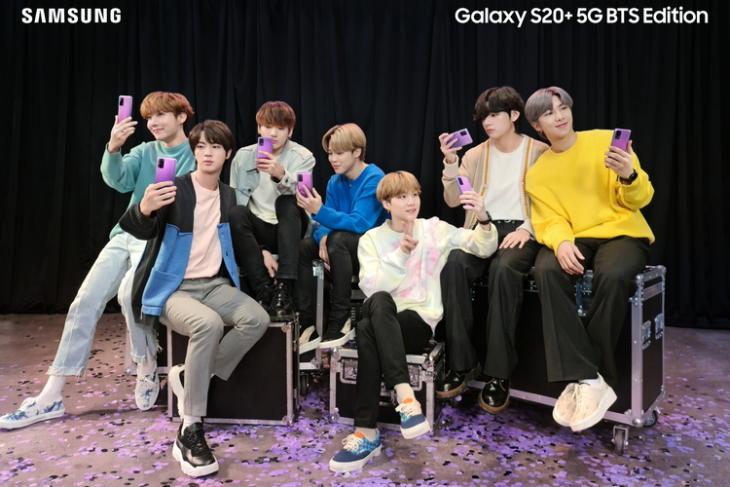 The device, as seen in leaked images before, will be available in a purple color variant. The handset will carry the band’s logo and purple heart iconography. The specifications of the Galaxy S20+ and Galaxy Buds+ will remain unchanged.

The devices will be available from the 9th of July, which marks the seventh BTS anniversary. Samsung will sell these BTS editions in South Korea, the US, and Europe. However, Samsung has not revealed the exact pricing of these variants just yet.

Speaking of the new BTS variants, Stephanie Choi, Senior Vice President and Head of Global Marketing Team of Mobile Communications Business, Samsung Electronics, said, “Galaxy S20+ and Galaxy Buds+ BTS Edition are the result of a collaboration between BTS, whose members spread messages of love and harmony through music, and Samsung, which is creating a better future with meaningful innovation. We hope it will be a source of joy and entertainment for fans and consumers around the world.”