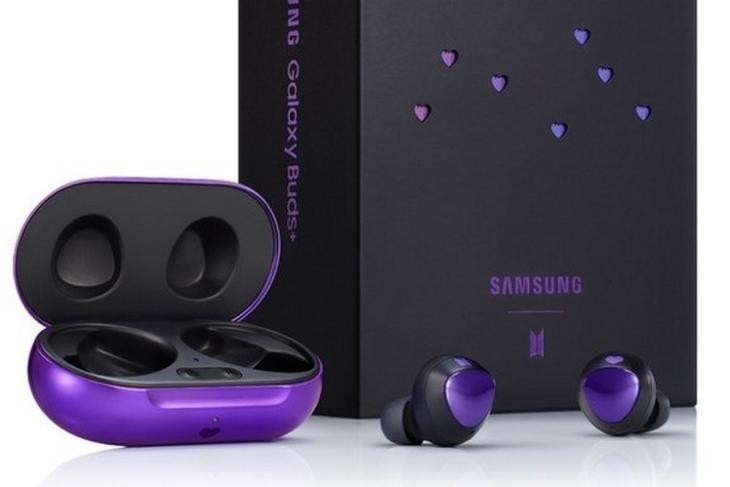 Samsung recently announced the Galaxy S20+ BTS Edition to showcase its partnership with the popular K-Pop band. We came to know that the company will be launching the package with a mirror purple Galaxy S20+ along with a purple Galaxy Buds+ as part of the bundle. Now, some more renders of the purple Galaxy Buds+ have surfaced on Twitter, thanks to the “friendly neighborhood phone leaker”, Evan Blass (@evleaks).

Blass recently shared some unseen images of the Purple Galaxy Buds+ that will come with the Galaxy S20+ BTS Edition bundle. One of these images shows the retail box of the buds, that has seven purple hearts depicting the seven members of the band. The other one shows every member of the band wearing the headphones. 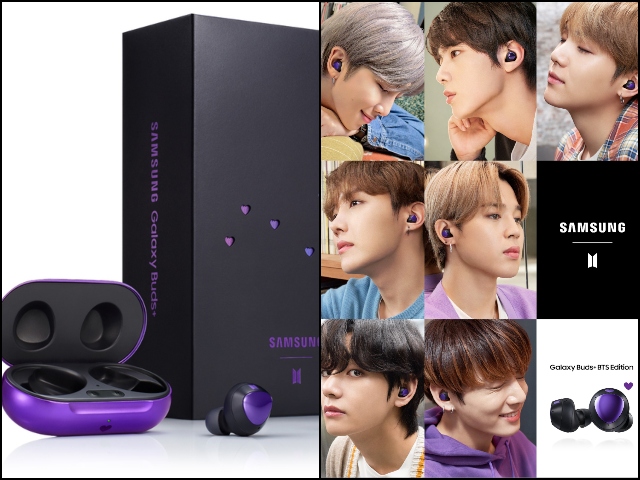 Now, the image of the retail packaging shows how the earbuds and the case will look. The case is all purple on the outside, showcasing the band’s signature color and the inside of the case comes in a generic black color.

As for the earbuds, both of them have black as the base color with the purple color used as accents on the touch-sensitive areas of the buds. Apart from the purple accents, there’s also a purple logo of the band on one bud and a heart-shaped emoji-type logo on the other one.

The Samsung Galaxy S20+ BTS Edition is set to launch on July 9. The company will be taking pre-orders for the device from June 19 to July 5.

So, if you are a fan of the Bangtan Boys, aka the BTS, then you should definitely check out the Galaxy S20+BTS Edition along with the special edition Galaxy Buds+.