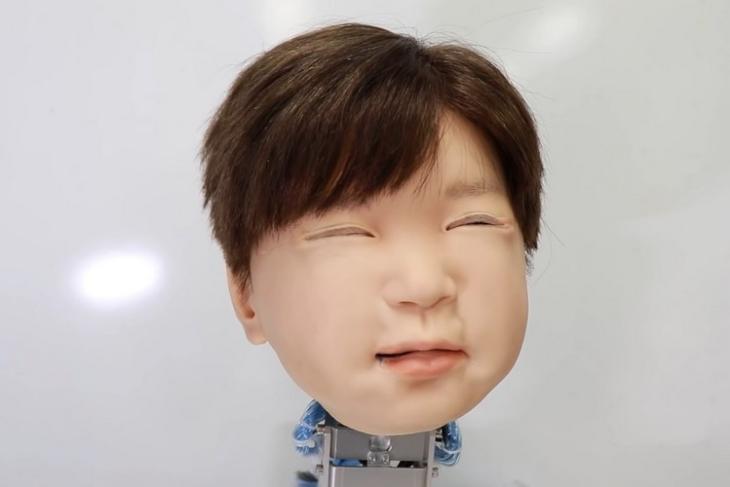 In this ever changing world, robots are evolving at an insane pace. There’s MIT’s cheetah robot that can play football and then there’s an AI robot that cleans and secures a house. Now, scientists from Japan have developed a robot-child that is capable of feeling pain.

Back in 2011, researchers from Osaka University created Afetto, a robot-head of a kid that could express itself by smiling, frowning and giving an array of facial expressions. The researchers could achieve this by using a gentle material that covered the robot-head. This material enabled the robot-head to move using 116 distinguished points. Check out the video below.

Now, that same research team was able to develop an artificial skin that can detect touch senses. The “skin” uses necessary sensors that can distinguish between a gentle touch and a hard slap or punch. The team’s study and work were presented by Minoru Asada on 15th of February at the annual meeting of the American Association for the Advancement of Science held in Seattle.

The researchers attached this artificial skin to Afetto and voila! Now, they have a robot with an artificial pain nervous system that can produce facial expression. The robot-head of the kid can now sense a gentle pat on the head and a tight slap on the cheeks (not that I want to slap a kid) and give the appropriate expressions.

Japan has been using robots to aid their old population by deploying robot nurses and companions in hospitals and old-age homes. Now, the main aim of the researchers is to develop an empathetic robot companion for society and its citizens.

This Robot Skin Responds to Pinches and Slaps