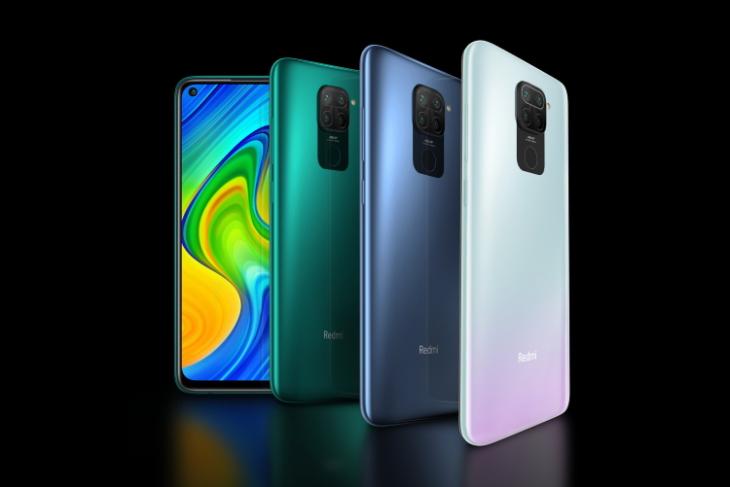 Xiaomi first launched the Redmi Note 9 series in India earlier last month. It included the Redmi Note 9 Pro and Note 9 Pro Max but the standard Redmi Note 9 was missing in action. Well, the wait has finally come to an end though. Xiaomi took the wraps off the Redmi Note 9 in Europe today. It imbibes the same design philosophy as its elder siblings and has been equipped with a new gaming-centric MediaTek chipset, quad-cameras, and a massive battery.

Starting off with the design, Redmi Note 9 flaunts a polycarbonate build as opposed to the glass build of the Pro variants. This is a step back in comparison to its predecessor, but it makes sense if you want to lower the price tag.

How do you distinguish between the Redmi Note 9 and its Pro counterparts? There are two obvious giveaways. The easiest is the punch-hole placement. It sits at the center on Redmi Note 9 Pro whereas Redmi Note 9 has it at the top left. Second, the fingerprint scanner placement is a dead giveaway as well. It sits below the quad-camera setup on the rear instead of on the edge. 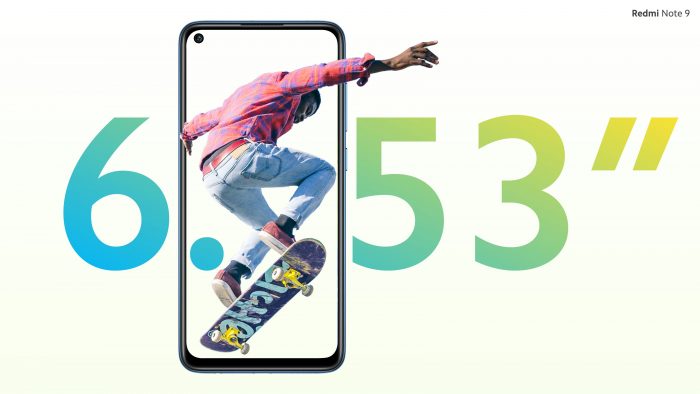 While we earlier assumed Redmi Note 9 will be powered by the MediaTek Helio G80 chipset, Xiaomi has opted for a slightly improved variant of the same. The smartphone packs the Helio G85 chipset to run the show under the hood. It includes two Cortex-A75 cores (performance) clocked at up to 2GHz and six Cortex-A55 cores (efficiency).

There’s also up to 4GB of LPPDDR4x RAM and up to 128GB of UFS 2.1 built-in storage onboard. You can expand the storage up to 512GB via a microSD card. The device runs Android 10-based MIUI 11 out-of-the-box. It should receive the MIUI 12 update in the coming months. 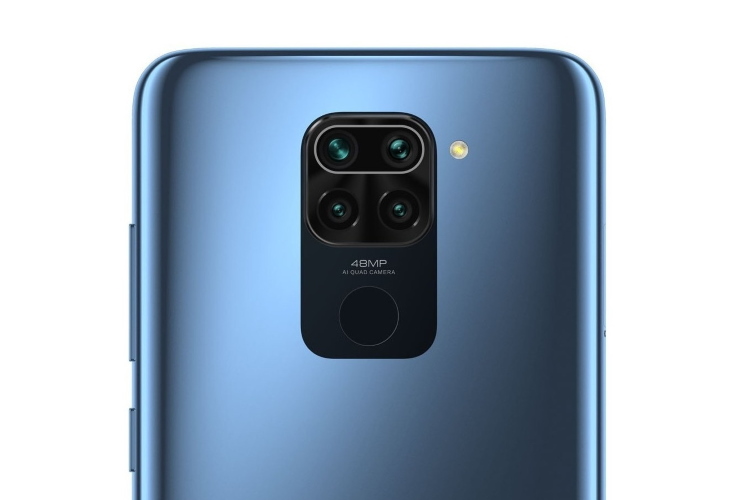 Further, it seems like Xiaomi wants to make the center-aligned square camera system synonymous with the Redmi Note lineup. The Redmi Note 9 includes a quad-camera array, helmed by the 48MP (f/1.79) Samsung GM1 sensor. It’s coupled with an 8MP (f/2.2) ultra-wide lens with a 118-degree FOV, a 2MP macro lens, and a 2MP depth sensor.

Redmi Note 9 comes equipped with a huge 5,020mAh battery pack, along with 18W fast-charging support via the USB Type-C port. So yeah, you should pretty much be sorted on the battery life front. The device also includes a 3.5mm headphone jack, NFC, an IR blaster, and a lot more. 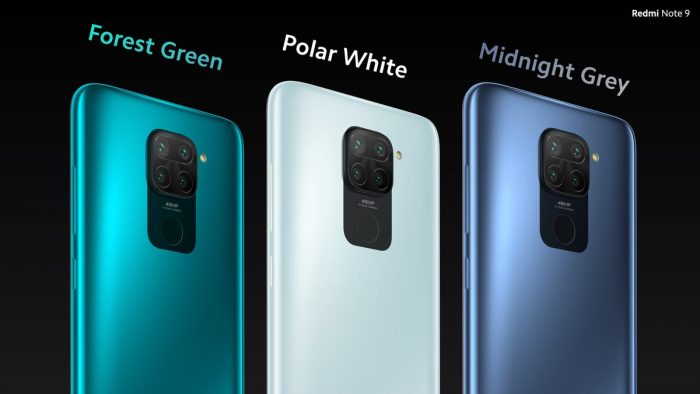 Redmi Note 9 will be available to buy in three attractive colorways, namely Forest Green, Polar White, and Midnight Grey. It will go on sale sometime in mid-May, so stay tuned for more information. We can expect the Redmi Note 9 to make its way to India really soon.