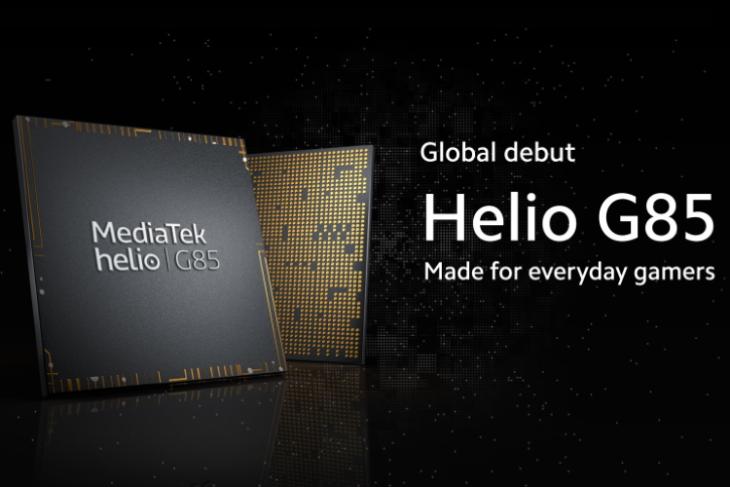 Redmi Note 9 is powered by a new MediaTek Helio G85 chipset as opposed to a Snapdragon chipset. Now, neither did MediaTek announce this chipset ahead of the launch nor has it officially revealed anything about it on its website. So, I decided to examine how the Helio G85 differs from the Helio G80. And here are my findings:

Both the Helio G80 and Helio G85 are gaming-centric chipsets from MediaTek. The latter has made its debut about three months after the Helio G80, which was unveiled back in February. So, it’s only natural for us to assume that it brings some upgrades in tow. Right? Let’s take a look at the internal specs of these two chipsets:

Speaking of the GPU, both the Helio G80 and Helio G85 include the same ARM Mali-G52 MC2 GPU aboard the chip. But, there’s a minor difference between the two. The maximum GPU frequency of Helio G85 is 1000MHz whereas that of the Helio G80 is 950MHz. Both the chipsets include the MediaTek HyperEngine and several AI capabilities in tow.

So yeah, the only difference between the Helio G80 and Helio G85 is the overclocked GPU. A 50MHz frequency bump does not sound like a big enough change to demand the launch of a new chipset. Nothing else is know about the Helio G85 at the moment. Here’s a quick specs table to round-up everything we have discussed above:

As seen in the screenshots above, the Helio G80-powered Realme 6i scores 201,278 points on AnTuTu while the Helio G85-powered Redmi Note 9 scores 205,946 points in the benchmark test. There’s a measly difference between the two, so it doesn’t seem like Helio G80 and Helio G85 have much difference in processing power.

We do not have access to any other benchmark results at the moment, else Geekbench would have been enough to end the confusion.

In conclusion, it appears like Xiaomi just wanted bragging rights for the use of a new MediaTek chipset – even though it does not bring any substantial upgrade to the table. MediaTek is yet to publish the official specs for the Helio G85, so stay tuned for more information.

Also, we are yet to see any phones powered by either of these two chipsets make their debut in India. Realme Narzo 10 and Redmi Note 9 should be the first smartphones powered by Helio G80 and Helio G85 chipsets respectively to arrive in India once the lockdown comes to an end later this month.

Once we get our hands on these 2 devices, we will run all of the benchmark tests and update this article to reflect any major developments. Until then, it is evident that the MediaTek Helio G85 only has a measly overclock on the GPU front. Nothing else. So, if you look at it objectively, Redmi Note 9 is powered by the MediaTek Helio G80 – same as the Realme 6i.