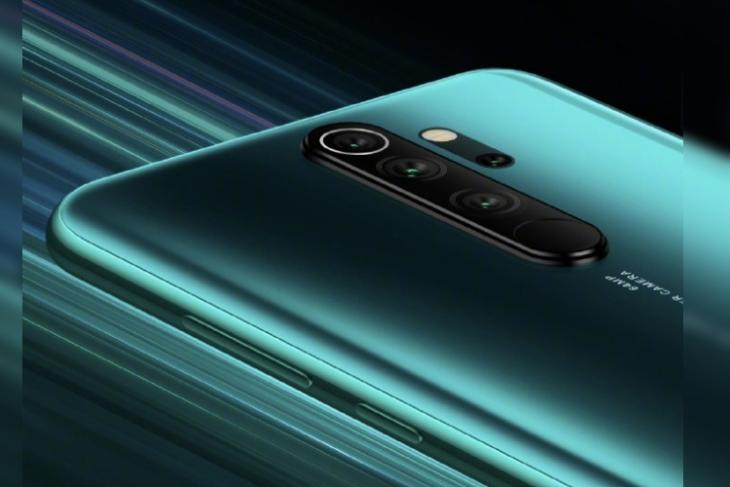 Redmi spun-off from its parent Xiaomi earlier this year to pitch itself as the affordable brand among the two. The company has since been on a product unveiling spree and doesn’t plan to stop anytime soon. The Redmi K20 flagship and RedmiBook are being followed by the much-anticipated Redmi TV launch next week, which is also when the Redmi Note 8 and Note 8 Pro will be introduced to the world.

Xiaomi CEO Lei Jun previously hinted that the Redmi Note 8 series will debut along with their Redmi TVs on August 29. And well, Redmi today took to Weibo to officially confirm that the rumors are in-fact true.

You can check out the teaser poster shared by Redmi on Weibo, which gives us a better glimpse at the successor to the popular Note 7 series. It completely falls in line with the leaked hands-on images that showed off a striking green color rear panel (which reminds me of the Oppo Reno 10x Zoom right off the bat) and the quad-camera setup (to match the Realme 5 Pro in India really soon). 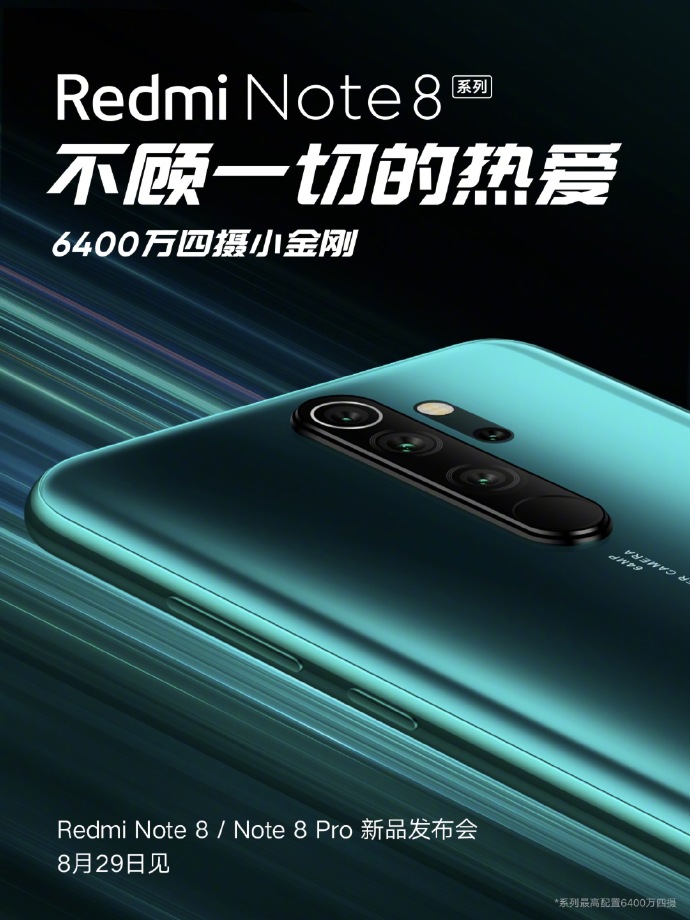 Redmi hasn’t revealed anything about its upcoming Note 8 lineup, except for confirming that the Pro variant could feature the 64MP camera sensor it talked about just days ago. Other camera sensors would most likely be an ultra-wide lens, telephoto, and the depth sensor for crisp portrait shots. The trio of sensors will sit in the middle-housing, with the depth sensor off to the right under the flash.

We suggest you take these camera module details with a grain of salt as there has been zero verification of the same. Redmi will still provide a premium glass build, a dot-notch display (unlike the bezel-less screen on the Redmi K20) and a physical fingerprint sensor instead of an under-display one. There’s no word on the internals, but stay tuned as we would update the story to reflect any new findings.