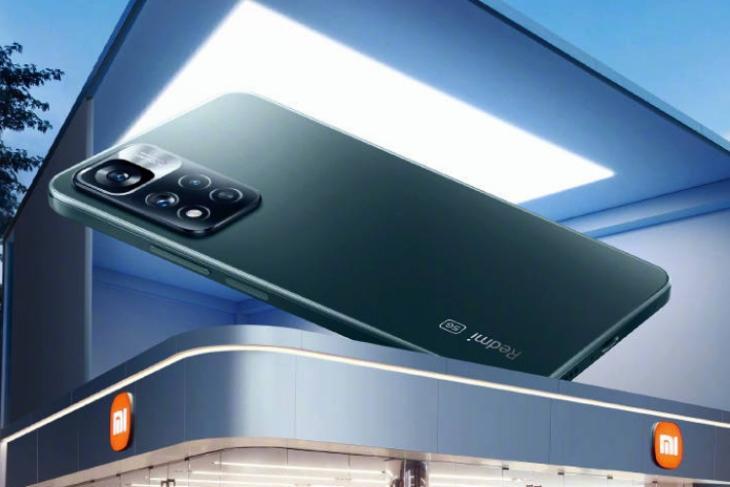 Starting with the highest-end Redmi Note 11 Pro+, it features a 6.67-inch AMOLED panel with support for a 120Hz refresh rate and a 360Hz touch sampling rate. It boasts a 20:9 aspect ratio, a peak brightness level of 1200 nits, Gorilla Glass Victus protection, and HDR10 support. It also has a 16MP punch-hole selfie camera at the top.

At the back, the device features a triple-camera setup, including a 108MP primary sensor, an 8MP ultra-wide lens with a 120-degree FOV, a 2MP telephoto macro camera.

While the rumors suggested that Redmi Note 11 Pro+ 5G will equip the MediaTek Dimensity 1200 chipset, that is not the case. The Redmi Note 11 Pro+ is powered by the MediaTek Dimensity 920 chipset. It comes with an integrated Mali-G68 MC4 GPU and is paired with up to 8GB of RAM and up to 256GB of internal storage (with a dedicated microSD card slot to expand storage).

There is also a 4,500 mAh battery with support for Xiaomi’s 120W fast charging technology, which enables you to fully charge this phone from 0% to 100% in around 15 minutes. It charges through the USB-C port at the bottom and it comes with a 3.5mm audio jack, a fingerprint sensor, and JBL-tuned stereo speakers. Redmi Note 11 Pro+ runs MIUI 12.5 based on Android 11 out of the box

Talking about the middle child, Redmi Note 11 Pro comes with a design and feature set similar to its elder sibling, with an exception in the battery department.

Other than this, the Redmi Note 11 Pro also features the same triple-camera setup as the higher-end model. It includes a 108MP primary camera, an 8MP ultra-wide lens, a 2MP telephoto macro camera.

Under the hood as well, things look the same for the standard and Plus variant of the Redmi Note 11 Pro. Redmi Note 11 Pro also equips the MediaTek Dimensity 920 chipset. It comes with an integrated Mali-G68 MC4 GPU and is paired with up to 8GB of RAM and up to 256GB of internal storage. The device also has a dedicated microSD card slot to expand the storage.

There is also a 5,160mAh battery inside the Note 11 Pro that supports 67W fast charging. This is lower than the 120W fast charging supported on the Pro+ model, but can still help you charge the device in around 30 minutes. The device also has a USB-C port along with a headphone jack, and JBL-tuned stereo speakers for an immersive audio experience.

Now, coming to the standard Redmi Note 11, it is the lowest-end model of the lineup. Hence, it comes with lower-end features, unlike the Pro models. For starters, the device features a 6.67-inch IPS LCD panel with support for a 90Hz refresh rate, unlike the AMOLED panels with a higher-refresh rate on the Pro variants. It has a maximum resolution of 1080 x 2400p and an aspect ratio of 20:9. There is a 16MP punch-hole selfie shooter aboard the Redmi Note 11 as well.

Coming to the rear cameras, much like its elder siblings, the standard Note 11 also comes with a quad-camera setup. However, the primary lens of the device is only 50MP that sits alongside the same 8MP + 5MP + 2MP camera array.

Under the hood, the Redmi Note 11 packs the octa-core MediaTek Dimensity 810 chipset built using the 6nm manufacturing node. It is paired with up to 8GB of RAM and 256GB of internal storage, with a dedicated MicroSD slot for storage expansion.

Other than these, the device also packs a 5,000mAh battery with 33W fast charging support. Furthermore, there is a USB-C port, a 3.5mm audio jack, and a fingerprint sensor for biometric authentication. It also has support for 5G networks and comes with Bluetooth 5.1 and Wi-Fi 802.11 b/g/n technology.

It comes in two color options – black and blue, and runs MIUI 12.5 based on Android 11 out of the box.

Now, coming to the prices of the new Redmi Note 11 devices, you can find the price of each of the storage variants of the devices listed under their respective headings right below.

As for the availability, Redmi has launched the Note 11 series in China today, with no word on the global availability just yet. The devices are now up for pre-order and go on sale starting from November 1. At what price do you expect the Redmi Note 11 series to start in India? Let us know your opinion in the comments below.