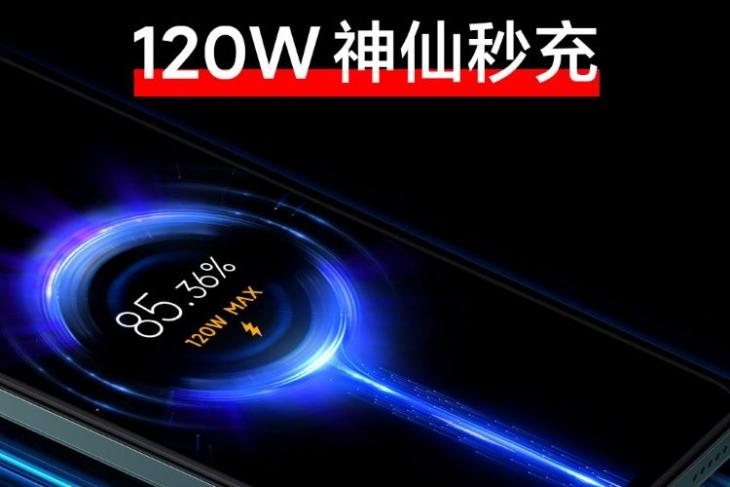 The company recently took to its official Weibo page to confirm the ultra fast-charging feature. Xiaomi shared an image, presumably of the Redmi Note 11 Pro+, charging at a maximum capacity of 120W via a USB-C charging port. You can check out the teaser image right below.

Other than this, the Redmi Note 11 series is to feature a boxy design with rounded corners (inspired by iPhone 13) and a center punch-hole display. The devices, namely the Redmi Note 11, Note 11 Pro, and the Note 11 Pro+, will also come with a quad-camera setup at the back.

Now, going by previous rumors, the Redmi Note 11 series will feature AMOLED displays with support for a 120Hz refresh rate. Under the hood, the higher-end Note 11 Pro+ might pack the MediaTek Dimensity 1200 chipset paired with up to 8GB of LPDDR4x RAM and 256GB of UFS 3.1 storage.

In fact, ahead of their official launch, the Redmi Note 11 Pro and the Note 11 Pro+ have been spotted on China’s JD.com shopping platform. Both the devices come in three storage variants – a 6GB + 128GB model, an 8GB + 128GB variant, and an 8GB + 256GB model. Moreover, while the Pro variant will come in four color options, the Pro+ model will only have three colorways.

Xiaomi has even started taking pre-orders for the Redmi Note 11 Pro and Note 11 Pro+. So, potential buyers can now place their pre-orders by depositing 100 Yuan or 200 Yuan, depending on the model. However, details about the actual price of the devices remain under wraps as of now. So, stay tuned for the launch event on October 28, and keep an eye out for more updates.