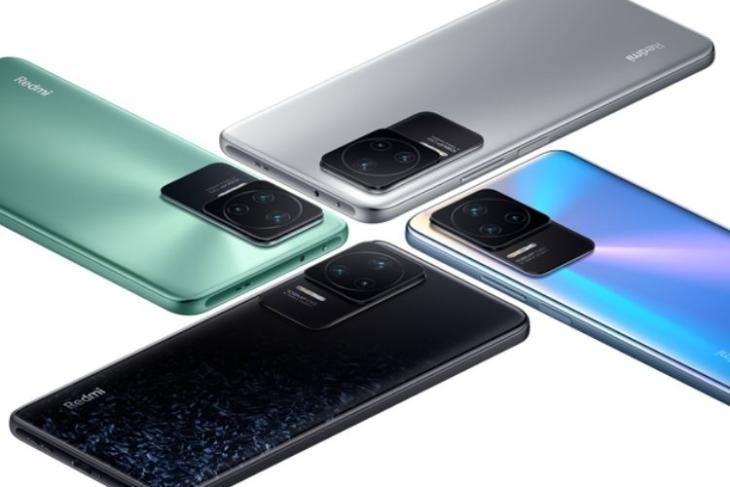 After a series of leaks and rumors, Xiaomi has finally introduced the Redmi K50 series in China today. The new Redmi K50 and Redmi K50 Pro join the recently introduced Redmi K50 Gaming Edition. The company has also unveiled the Redmi K40S as another new addition to last year’s Redmi K40 lineup. Here’s a look at the key specs and features of Redmi’s latest offerings.

The phone is powered by the 4nm MediaTek Dimensity 9000 chipset, which was introduced recently. It is coupled with up to 12GB of RAM and 512GB of UFC 3.1 storage.

The camera part is one of the attractions of the Redmi K50 Pro. There’s a 108MP main camera with OIS, an 8MP ultra-wide camera, a 2MP macro camera, and a 20MP front camera. There’s support for camera features like Super Night mode, Cine mode, Portrait mode, 4K videos, and more.

Another highlight is the battery. It has a 5,000mAh dual-cell battery, which supports 120W fast charging tech. This is paired with the company’s Surge P1 chip to ensure smooth fast charging performance. It is claimed to fully charge the phone in just 19 minutes. It runs MIUI 13 based on Android 12.

Xiaomi has also unveiled the Redmi K50, which is like the K50 Pro’s younger sibling. It is powered by a MediaTek Dimensity 8100 chipset, which was also released recently. But, it includes the same 2K display as the K50 Pro model. The 6.67-inch 2K AMOLED display supports a 120Hz refresh rate, Dolby Vision, Gorilla Glass Victus, a peak brightness of 1200 nits, a touch sampling rate of 480Hz, and a 526ppi of pixel density. It also comes with DC dimming tech.

The smartphone comes with up to 12GB of RAM and 256GB of storage. The camera department is another area where both these phones differ. The Redmi K50 comes with a 48MP main camera with OIS support. This is accompanied by an 8MP ultra-wide camera and a 2MP macro camera. There’s also a 20MP selfie shooter up front. The standard K50 also gets camera features like Super Night mode, Cine mode, Portrait mode, 4K videos, and more.

It comes equipped with a bigger 5,500mAh battery but with support for 67W fast charging. It runs MIUI 13 based on Android 12 and other details, including 5G support are also akin to the Redmi K50 Pro. It also has an IP53 rating.

The Redmi K40S is a new addition to last year’s Redmi K40 series but comes with a design similar to the Redmi K50 phones. It features a Samsung E4 AMOLED display with Dolby Vision support and is powered by a Snapdragon 870 SoC. Thus, it falls squarely in the mid-range segment.

Camera-wise, the phone is home to a 48MP primary camera, again with support for OIS. Other cameras included here are an 8MP ultra-wide lens and a 2MP macro camera. The front camera is similar to the one seen on the Redmi K50.

It is backed by a smaller 4,500mAh battery with support for 67W fast charging tech. Other tidbits include an upgraded VC liquid cooling, X-linear motor, NFC, Dolby Atmos, and more.

Check out the price for each configuration of the newly launched Redmi K50 series and Redmi K40S right here: