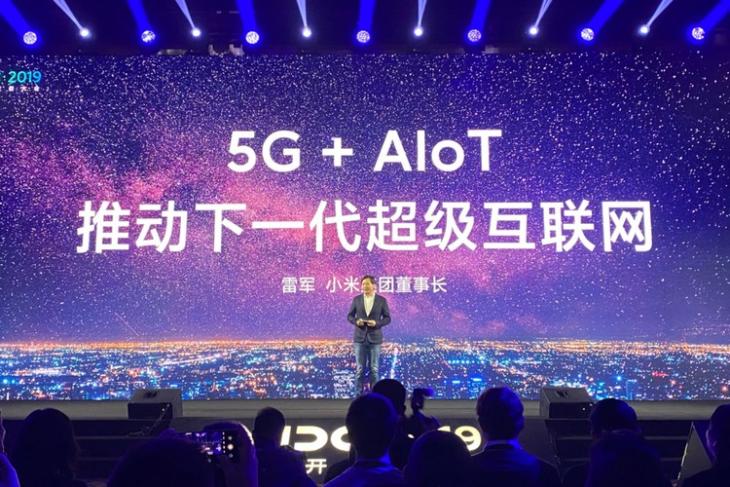 At the Xiaomi Developers’ Conference in Beijing earlier today, the company’s co-founder and CEO, Lei Jun, announced that the Redmi K30 with dual-mode (SA + NSA) 5G support will be launched next month. Confusingly, Jun’s announcement comes just a few days after Redmi General Manager, Lu Weibing, hinted that contrary to earlier reports, the Redmi K30 might launch in January 2020 instead of December 2019.

It’s not immediately clear if one of them was talking about the K30 Pro instead of the standard K30, but either way, it promises to be the first dual-mode 5G handset from Xiaomi. The company has already launched a couple of 5G-enabled handsets in China, and is believed to be planning to launch more such devices going forward. The company had earlier announced that the Redmi K30 will ship with 5G connectivity as part of its plans to launch at least 10 5G smartphones next year.

Meanwhile, in case you’re wondering about further info on the K30 (or K30 Pro), Jun didn’t reveal anything about its tech specs or pricing details at the event, but the announcement seems to have further confirmed that the company is investing heavily in 5G technology for the coming years. However, given that the status of 5G networks in India is still in limbo, it will be interesting to see if the company will bring its 5G devices to the country any time soon.

Lei Jun last week announced that all Xiaomi devices to be launched next year at a price-point of 2,000 yuan (around $285 / Rs. 20,000) or above will come with 5G connectivity. The announcement was made at an event hosted by China Mobile, which recently announced plans to roll out the biggest 5G network in the world, covering more than a billion people across China.