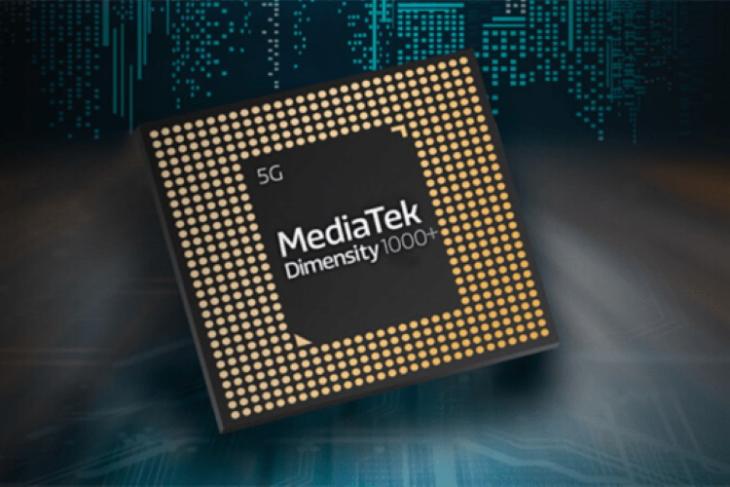 MediaTek launched its first-ever 5G chipset, the Dimensity 1000, back in November last year. It has since expanded the lineup with the addition of the Dimensity 800 5G chipset. And as promised, MediaTek has today announced an updated version of its first 5G chipset. It’s called MediaTek Dimensity 1000+ (following in Qualcomm’s footsteps) and comes with display and 5G connectivity enhancements in tow.

MediaTek Dimensity 1000+ is based on the same architecture as the original chipset. The company hasn’t made any major changes to the CPU and GPU. You still get four high-performance A77 cores and four energy-efficient A55 cores with the maximum clock speed going up to 2.6GHz. The GPU on board is the ARM Mali-G77 MC9.

One of the most common upgrades for smartphones, as we move forward in 2020, is the higher refresh rate. Realme and Poco are leading the race in the sub-Rs. 20,000 segment. So, MediaTek also had to upgrade its chipset to support the higher refresh rate. Dimensity 1000+ now supports displays with up to 144Hz refresh rate, which if you’re unaware, operates 2.4 times faster per second than an ordinary 60Hz display.

MediaTek Dimensity 1000+ also brings dual-SIM 5G capability, along with a new 5G UltraSave power-saving technology. It enables the chip to “dynamically adjust the modem’s power configuration and operating frequency according to network conditions and user activities to significantly save power,” as per the blog post.

The chipmaker has also attempted to improve the overall viewing, as well as gaming, experience for its users. The former is enabled by MediaTek’s latest MiraVision tech that help improve the per frame picture quality. Phone makers can use this to adjust per frame contrast, sharpness, and color levels, upgrade SDR content to HDR content in real-time, and a lot more.

The gaming experience, on the other hand, sees improvements due to HyperEngine 2.0. It includes improvements to power management, intelligently switching between 5G and 4G networks, and continuous low-latency gaming. 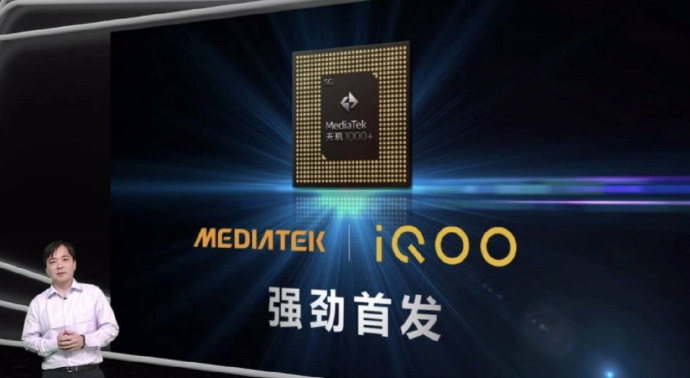 iQOO will be the first to launch a phone powered by the MediaTek Dimensity 1000+, the chipmaker revealed on stage at the event. The launch timeline wasn’t revealed at the event but given iQOO’s refresh cycle, we can expect to see this smartphone debut within the next couple of months.

Given the chipset’s specs, iQOO’s next smartphone will support a 144Hz display and 5G capabilities. Could it be an even affordable variant of the iQOO Neo 3?

The MediaTek Dimensity 1000 is the Company’s First 5G Chipset